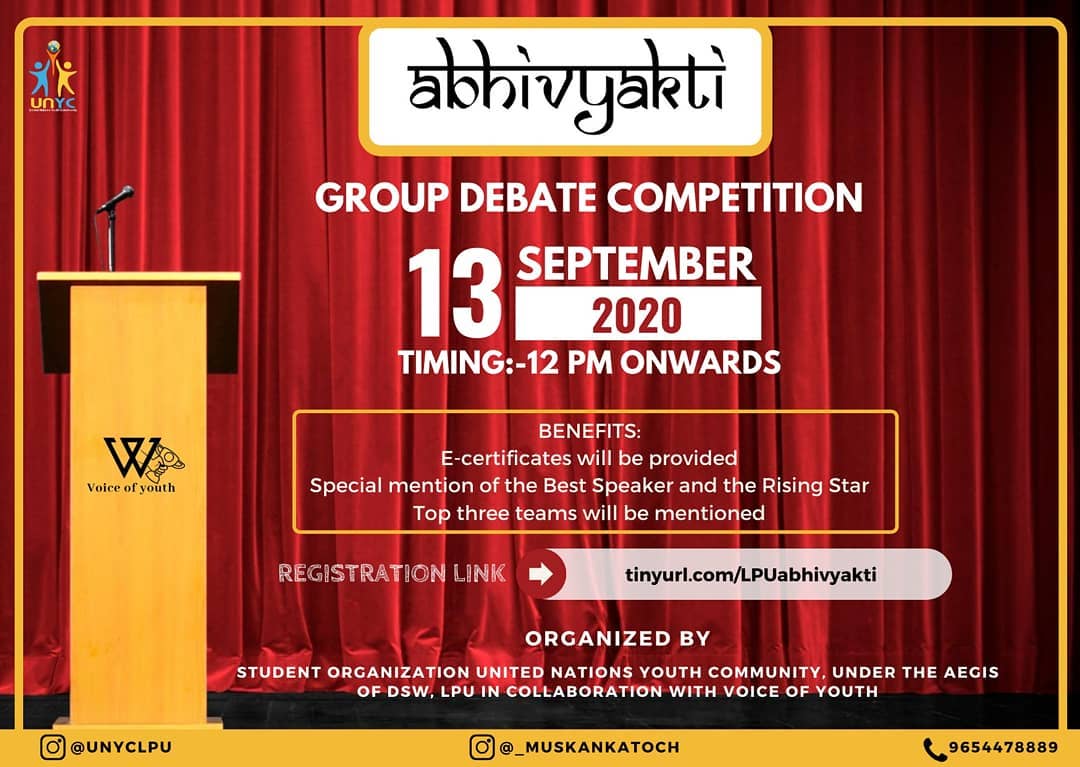 Every person has some or the other things to say that they once wanted to speak out loud but due to some or the other reasons, they were unfortunate in doing so. Thus they kept it deep inside them and moved on.

Expressing the hidden thoughts and releasing out the fear of speaking is one of the most beloved things for some people and one of the toughest things for some other people. Thus United Nations Youth Community (UNYC) in collaboration with the Voice of Youth (Muskan Katoch) organized ABHIVYAKTI – The Group Debate event. As the term, ABHIVYAKTI is used to describe the manner of expressing oneself. So as per the significance of the name the youths were provided with a platform to express their thoughts and spread their vibes all around. 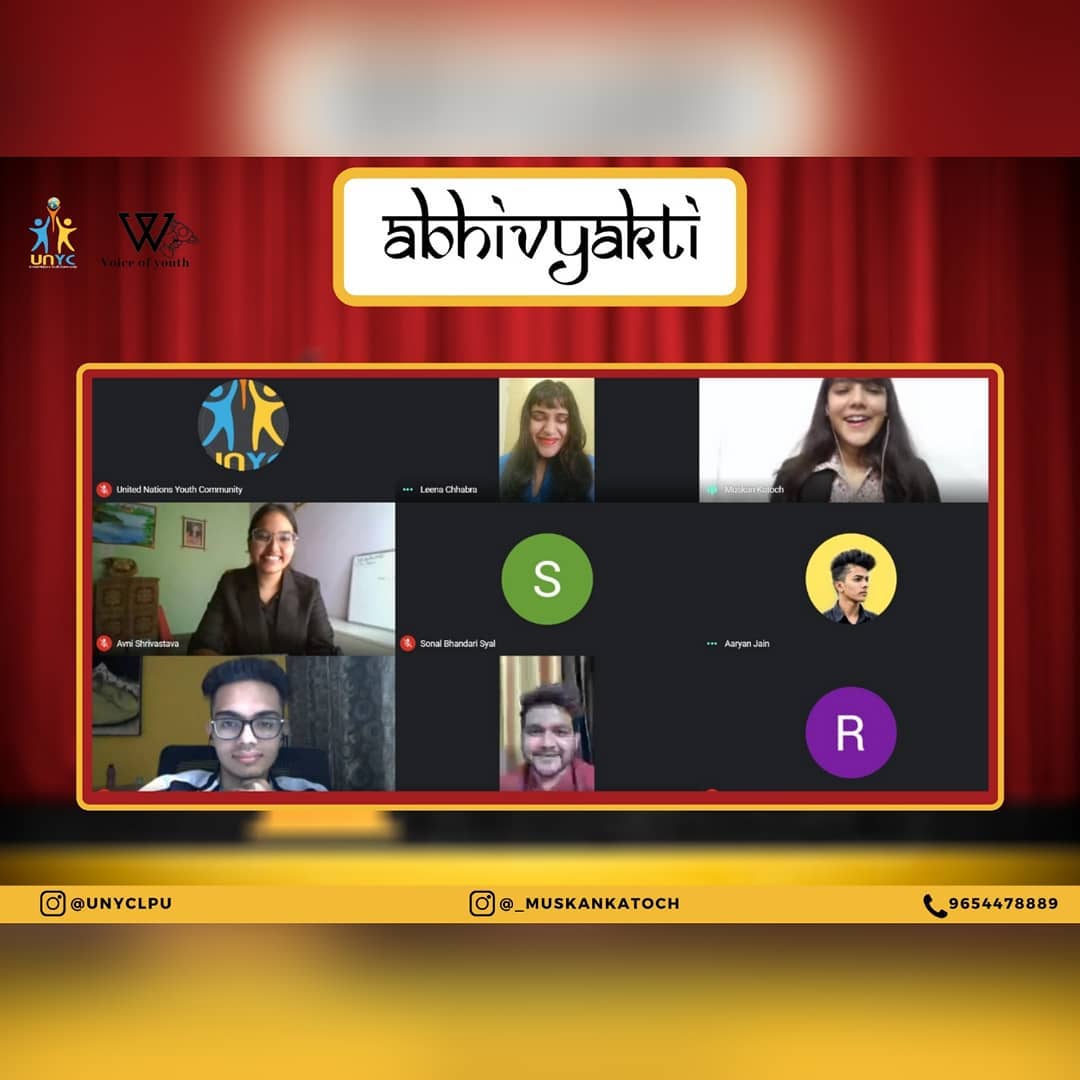 There were more than 60 participants who took part in this event. They had registered themselves in a group of 3 members and gave their group a unique name of their choice. There were even students from other Universities who took part in this event and thus extended the reach of the event. A few members joined the event without teams as a responsible leader the organizers provided them with teammates. A day before the event the participants were provided with the name of the opposition team with whom they were going to compete. Along with that, they were even provided with 8 topics for preparation. 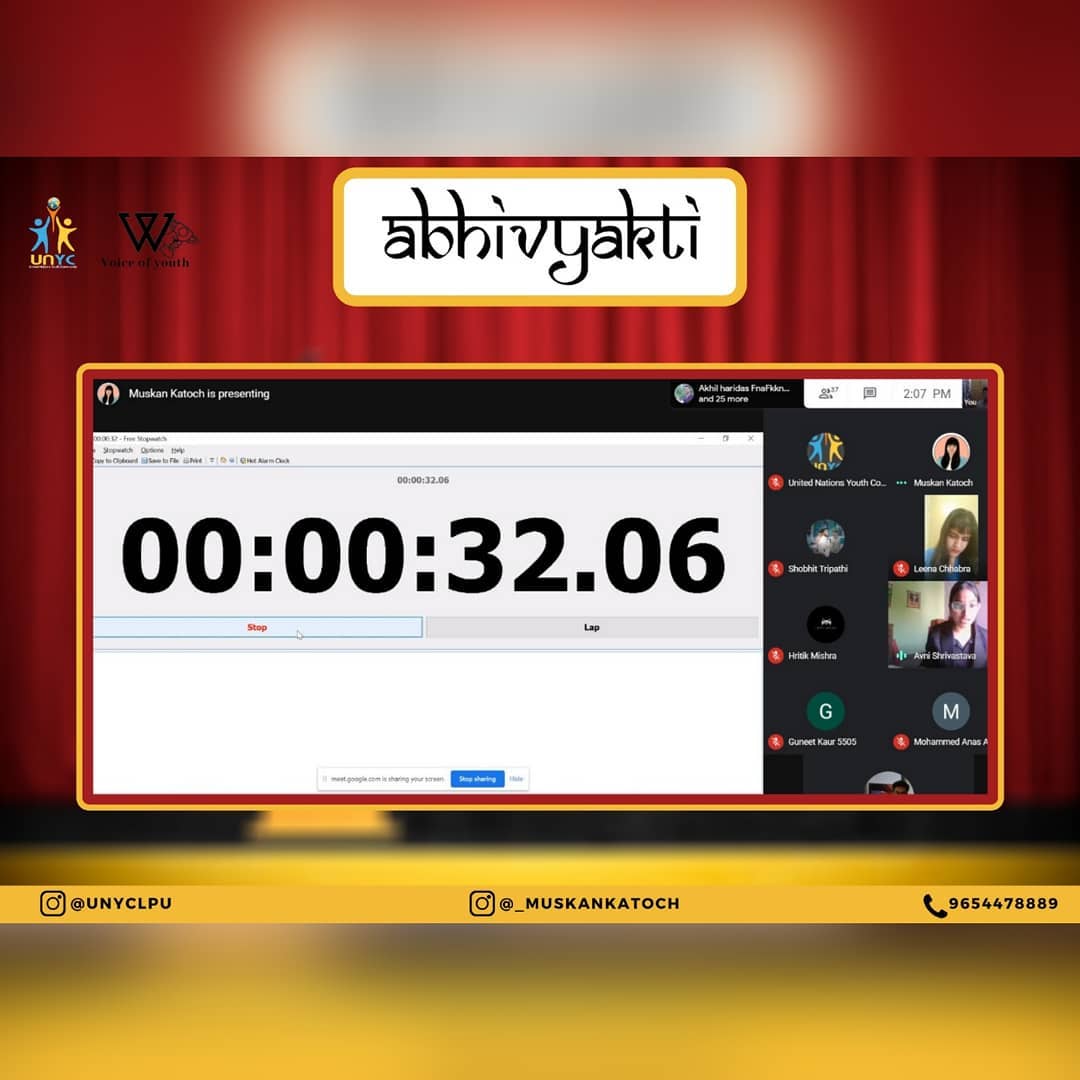 On 12th September 2020, the participants were given a particular topic out of 8 topics provided the before the day, and thereafter with the help of an online tossing tool, the participants were given the chance to speak either in favor of the topic or in against. Each participant got a time of 1 minute to put up their point of view on the topic. The top 16 teams were selected and were allotted another with their competitors for the next round.

Ms. Leena Chabra who is the Director of Clients Code, Chairperson of All Punjab – Digital Transformation, Punjab Chief ITF, and WICCI – State President of Digital Media Council was the judge for the event. 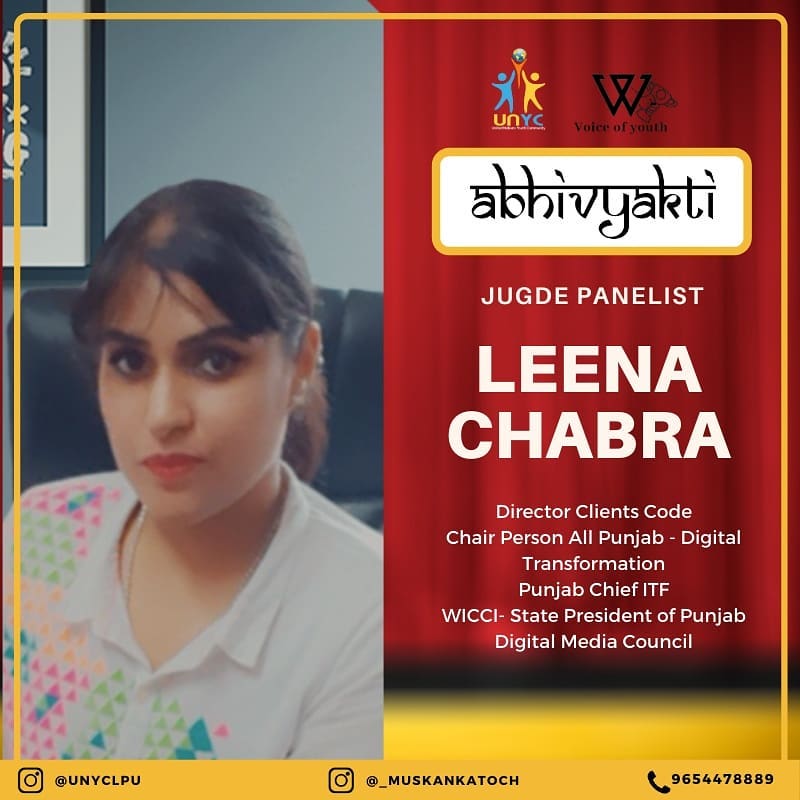 Mr. Shobhit Tripathi who is presently working the Public Relations Manager at Samsung, New Delhi, and is an alumnus of Lovely Professional University was also the judge for the event. 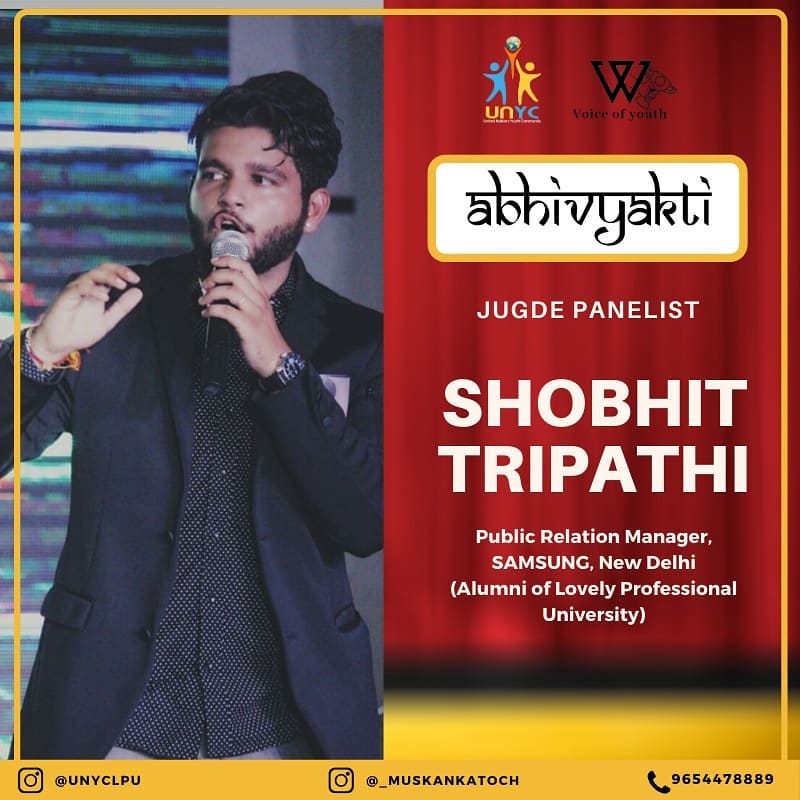 On 13th September 2020, the top 16 teams were given a topic on the spot and were allotted 15 minutes for research on the topic. Tossing was done to make the team speak either in favor of or against the topic. Even in this round, the speakers got only 1 minute to speak about their topic. Finally at the end of this round top 6 teams were selected who competed among themselves to get into the top 3. A final round was even arranged for getting the winners’ team, 1st, and 2nd runner up team from the top 3 teams. Team Treta emerged as the winner followed by team Arctors as the 1st runner up and team Euphoria as the 2nd runner up of the event. Mr. Ujjawal and Miss Guneet Kaur were given the title of Best Speaker and Rising Star respectively by the judges. 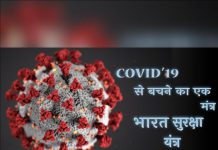 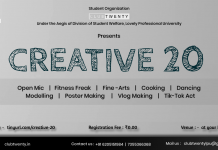 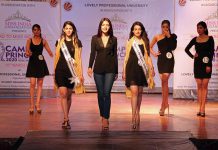