The participating students had to design and construct their ‘Go-Karts’ at extremely low budgets, for the toughest of roads.

Encouraging students to apply their theoretical knowledge to practical construction, Lovely Professional University organised a four-day International Go-Kart Championship (IGC)-2016, which concluded today at its campus. A total of 68 teams registered for the event from eleven Indian states and several foreign countries including Sri-Lanka, Bangladesh, and Afghanistan. Only 25 teams qualified to compete in the final racing round. Nearly 1000 students and faculty members of various teams competed to be adjudged the ‘best engineering team’.

The participating students had to design and fabricate their ‘Go-Karts’ at extremely low budgets for the toughest of roads. After pre-final rounds based on technical parameters, endurance and dynamic tests, selected teams were to compete for 24 laps (nearly 50 Kms) to be covered in an hour. The teams used 100 to 125cc engines to achieve an average speed of 40-50 kmph and a top speed of 80 kmph. The race started with waving of a green flag by LPU Director General Er H.R. Singla. Society of Automotive Engineers & Collegiate Club (LPUSAE CC) of LPU School of Mechanical Engineering, monitored the whole event for 20,000+ spectators, who witnessed innovatively engineered Go-Karts speeding up the LPU track.

The collaborating partner of the championship was Republic Motors, which also held skill development workshops for the students. One of the mentors of participating teams, Assistant Professor S Venkatesan from Dr. NGP Institute of Technology (Coimbatore) said, “In one word, I would call the event ‘excellent’ in every aspect. We are thankful to LPU which keeps on organizing such research oriented, practical and innovative activities for the student community as a whole.” 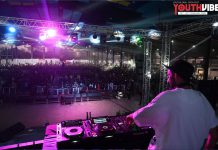 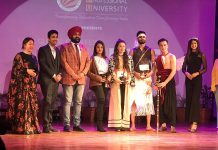 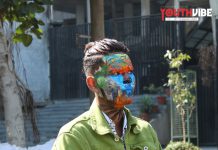