Everybody on this planet wants to achieve something in his/her life by either doing or being something. Some want money, some want recognition. Whatever may be the situation, one thing can be concluded, everybody’s journey is towards happiness. Any action that a human being takes or doesn’t take depends on his analysis of whether it will bring happy outcomes. So basically the quest is for happiness. What if I say there is no need to seek happiness anywhere as the happiness we try to seek is disguised and we are much misinformed on what happiness actually is!

To understand it let’s try to analyse ourselves. We basically live our entire life in three distinct states, that of  waker, dreamer, and deep sleeper. Just as gold can be moulded into bangles, earrings or necklace, but that doesn’t alter the real essence of gold, similarly, merely living in these three states doesn’t mean we are any of these. Just as gold will always remain gold no matter what shape one can give it; a human’s unchanging and eternal essence will always remain same in any of the three states.

2000 years ago a shining yellow metal was called gold. Today scientists have delved deeper and defined gold on the basis of the number of electrons arranged in a particular order within the orbits of an atom. Tomorrow the definition may change, but what was gold will remain gold no matter what the definition is. At the same time it’s not possible to define the unchanging characteristic “goldness” of gold.

So the question to the answer “Who Am I?” can be best given by saying “I am a witness to my existence in the three states of a waker, dreamer, and deep sleeper and not the states per se”. This hypothesis brings us to the conclusion that we give responses based on the signals sent by brain as per body senses in connection with the external world. We are anxious to fulfil the demands of the body, mind, or external world, but in reality these are projections of our real identity and not the identity itself.

Having analysed this way, going one step further, we call say that one loves something the most if it gives happiness and whatever gives happiness is loved by us and we love ourselves the most. As revealed before the ‘I’ has nothing to do with body, mind or external world. And since we love ourselves the most and we love something because it makes us happy and there is nothing more subtle than “I”, so this circular interpretion implies that “I” itself is happiness. In a nutshell we don’t need to seek happiness but our own existence is happiness and nothing else. 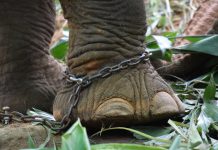 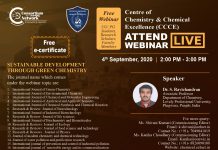 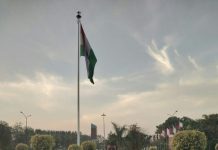