Lovely Professional University has framed a ‘Free Education’ policy for SCI affected individuals. Their spouses and children will be entitled to 50% scholarship as well.

Lovely Professional University has framed a ‘Free Education’ policy to ease the financial burden that so often comes along with Spinal Cord Injury (SCI).  From this session (2016-17) onwards, LPU will to provide 100% scholarship to students affected with spinal cord injuries. Seven such students have already joined LPU in the month of June and in the second phase 10 more students
enrolled today. They were invited at the campus and presented the scholarships by the ACP of Jalandhar Division, Ms. Deepika Singh and LPU Senior Dean Mr. Lovi Raj Gupta. ACP Deepika Singh hailed the SCI affected students as real heroes and said they were a great source of inspiration for others. She also said, “I commend LPU on this noble initiative which is sure to be followed by others.  We always depend on Government resources; however, it’s our own duty to come forward and help each other and the society.” On this occasion, a physiotherapy camp was also organized at the University Hospital where 30+ people were treated.

SCI affected students will not only be given a total fee waiver but free hostel accommodation and food also. Moreover, special ramps will also be constructed outside the classrooms and hostels where they have to attend classes and stay.  In addition, their spouses and children can also avail 50% scholarship at LPU.

Applauding the buoyant spirit of the SCI affected students who wished to be study at LPU, Executive Dean Mr. Lovi Raj Gupta said, “Our University extends the largest private scholarship scheme to students on various parameters so that they may not be devoid of quality education in any respect.  LPU wants that SCI affected students also have the opportunity to fulfill their ambitions and occupy their rightful position in society.”

Princy Seth, an SCI affected student from Kanpur shared that she was hit by her fiancée just ten days before her wedding because her family refused him dowry. This proud young woman has decided to regain her independence by starting a career after the completion her M.Sc (Nutrition & Dietetics) at LPU. Another student, Imran Qureshi hailing from Sultanpur, Uttar Pradesh has worked with Akshay Kumar in his super hit ‘Holiday’. He is affected with Multiple Sclerosis; the disease took away his sight completely in 2007. He recovered the ability to see in 2009 but a little later the disease began to affect his legs. He has opted to take a Diploma course in film making at LPU, after completing the course he intends to train students in the same discipline.

One and a half months ago LPU conducted a two-day Spinal Cord Injury Rehabilitation Conference ‘Vistaar’. It was organized to sensitize society and different agencies to adopt stringent measures to prevent such injuries from happening. Nearly 150 SCI affected people attended the conference and interacted with experts in various fields on how to live a fulfilling life with SCI. Wheelchairs were also distributed among the participants to encourage better mobility and independence. 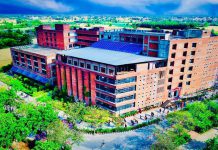 LPU – the Indian University to which top companies look up to! 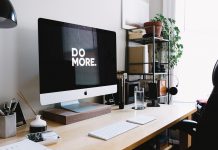 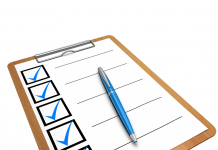 Proration of Examination due to Duty Leave