Every step in life is a testing ground and whenever our lives crash in front of our eyes “failure, destruction, defeat, despair” are the words which come into our mind. Failure can be grievous and lamentable. In amid of the pain we experience after failure, we oftentimes can’t witness the bigger picture and we eventually develop a fear of failing. Fear of failing means that subconsciously people start undermining their efforts to avoid the possibility of a larger failure.

When we fail we tend to ponder whereas, we celebrate when we succeed. Interestingly, nobody likes to fail and for our youth, it can be devastating and might cause a lifelong consequence. Realizing the need to enlighten our youth, how they can use their failure as an advantage, rather than breeding it, the Student Alumni Relationship Cell (SARC) under the aegis of Division of Alumni Relations, Lovely Professional University organized a live session with the renowned writer, author, and life coach ‘Dr. Swati Lodha’ on 13th June 2020 at 5 pm on “How to be Failure-Friendly“.

Dr. Swati Lodha is the founder of “Life Lemonade”, a training organization for life transformation, women empowerment, leadership, and parenting. She has written seven books till now out of which 3 are best sellers. And to have such an eminent personality amidst us, who enlightened us and emerged out the students from their confined definition of being successful, made the evening insightful.

The session kick-started with the warm welcome of Dr. Swati Lodha by Mr. Vishnu, host for the day, and followed with chit-chat on the technical issues faced while starting the session which related to the topic and gave a great start, that wouldn’t be possible even if the entire show had been scripted. She started with the first failure of her life, which was in academics and quoted beautifully that “if you fail there is nothing that we could do but to embrace it, failure should not be feared, it should be welcomed”. She accepted her failure which worked as a stepping stone and changed her attitude towards life.

Then, moving towards how parents react, towards children’s failure and take it personally, she quoted that “parents need to understand that it’s ok to fail and it’s good to fail early” because the sooner one fails, it becomes a mirror for them and once one realizes that they have failed then there is nothing to lose and from there the life starts easily, turning every failure into an advantage. She also stressed on the point that parents need to become MENTONS (mentors plus interns), as there’s a lot that they need to learn from this young generation. Besides, she explained the human have a tendency to complain about everything and how they don’t embrace what good they have in the form of a beautiful story. She also illuminated the difficulties entrepreneurs are facing due to the pandemic and how they can cope up with the situation by optimizing the fixed assets without compromising human resources as they could help one to build from the scratch again.

While ending the session she thanked Team SARC and gave a message to the youth, “The real success is a 360-degree success, you need to succeed as a professional, as a partner, as a parent, and as a person”. So focus on all-round success, share whatever you are going through, and don’t suffer alone. 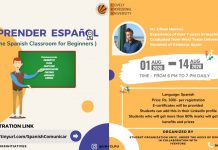 Opportunity to Know the Real Voice of ‘The Professor’ of Money Heist! 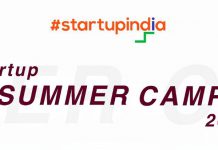 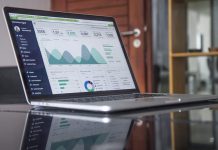 8 Things Successful People Have and Do In Their 20’s