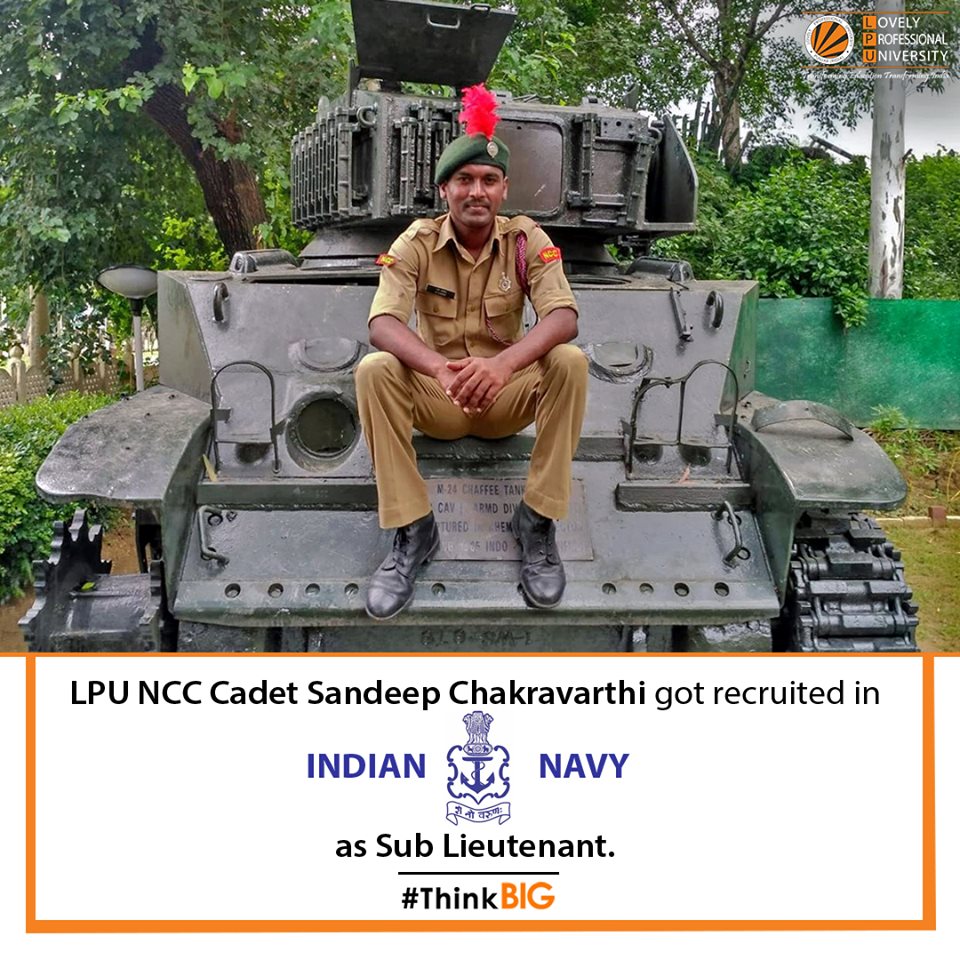 We are proud to share that one of Lovely Professional University NCC cadets Sandeep Chakravarthi has been inducted in the Indian Navy as ‘Sub Lieutenant‘. We feel proud to be a part of our student’s success and wish him for his great fortune.

The Indian Navy is the naval branch of the Indian Armed Forces. The President of India is the Supreme Commander of the Indian Navy. The Chief of Naval Staff, a four-star admiral, commands the navy. The primary objective of the navy is to safeguard the nation’s maritime borders, and in conjunction with other Armed Forces of the union, act to deter or defeat any threats or aggression against the territory, people or maritime interests of India, both in war and peace.

As of July 2017, Indian Navy has 67,228 personnel in service and has a fleet of 137 battleships and 235 aircraft. As of March 2018, the operational fleet consists of one aircraft carrier, one amphibious transport dock, eight landing ship tanks, eleven destroyers, thirteen frigates, one nuclear-powered attack submarine, one ballistic missile submarine, fourteen conventionally-powered attack submarines, twenty-two corvettes, one mine countermeasure vessel, four fleet tankers and various other auxiliary vessels. 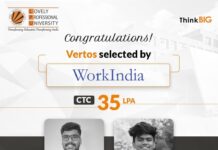 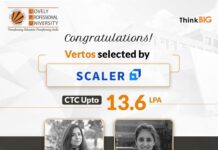 LPU Students selected by one of leading upskilling platforms, Scaler 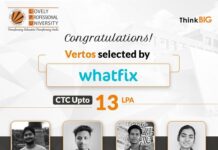 How To Nail A Job Interview