Today marks the anniversary of the world’s first HD TV service. On 2 November 1936, the BBC started with the first HD TV service, from Alexandra Palace. One of the primary communicates highlighted the melodic theatre and film performer, Adele Dixon, who played out the main version of the uncommonly charged ‘Enchantment Rays of Light’.

By the late 1950s Alexandra Palace had turned into the BBC’s important creation community for transmissions, delivering earth-shattering projects, for example, ‘Picture Page’ (the primary gathering of people communication TV program), ‘The Grove Family’ (the country’s initially cleanser), kids’ most loved Muffin the Mule, huge recorded occasions, for example, the Queen’s Coronation in 1953, and turning into the home for TV News and the Open University.

In acknowledgment of this ground-breaking invention, BBC History has collaborated with Alexandra Palace, with social associations around the UK, and with schools and universities to make a range of programmers both on and off air, adding wisdom and range to this critical crossroads in communications history.

As a unique treat, for one end of the week just, 5/6 November, Alexandra Palace will open the entryways of the popular TV studio where it started, and in addition offering free fun exercises for all the family, from 1930s makeup, move band and bistro to 3-D TV and live chances to peruse the news or be a climate forecaster. At last, for the individuals who need to investigate the 75th commemoration of BBC TV further, don’t miss the BBC History site, which will offer remarkable film and photographs of the period, exceptional TV supplements and covers from the 1930s Radio Times, oral history interviews with early TV pioneers, and TV-related and antiques from the BBC Collection.

BBC Television Est. 1936 is one of the most creative innovations in history and a remarkable base for today’s technologically driven television services. 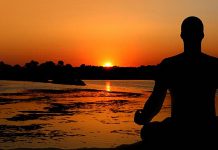 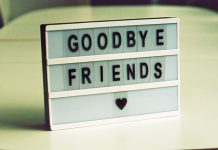