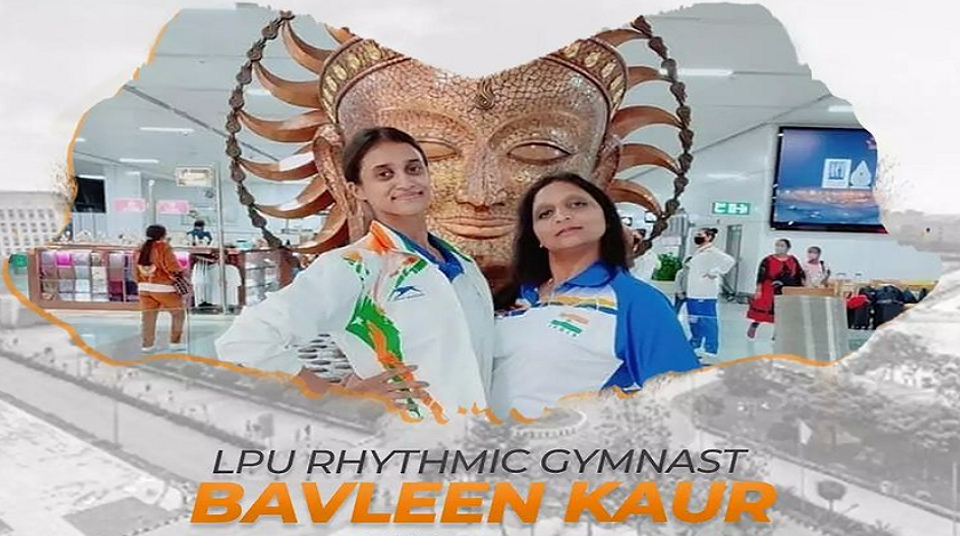 Bavleen Kaur is one of the best gymnasts in LPU, and she has brought honour to LPU on numerous occasions by winning medals at the national level. The previous year, Bavleen finished third in rhythmic gymnastics event at the Emirates Cup in Dubai, where she won four bronze medals in total and placed fifth at the Thailand Open for rhythmic gymnastics in Bangkok.

A world championship for the sport of rhythmic gymnastics, the Rhythmic Gymnastics World Championship is held annually. The Fédération Internationale de Gymnastique (FIG) oversees promoting and organizing the competition. It is one of three rhythmic gymnastics tournaments that are officially organized by the International Gymnastics Federation (FIG). The first World Championships were held in 1963, and this was the first time they were held in Europe.

The 38th edition of the championship was held in Kitakyushu, Japan, from October 27th to October 31st, 2021. Gymnast Dina Averina of Russia set a new world record for the most medals won at a single Rhythmic Gymnastics World Championships with a total of 22 medals. She also became the first gymnast in history to win four World all-around titles in the same competition.