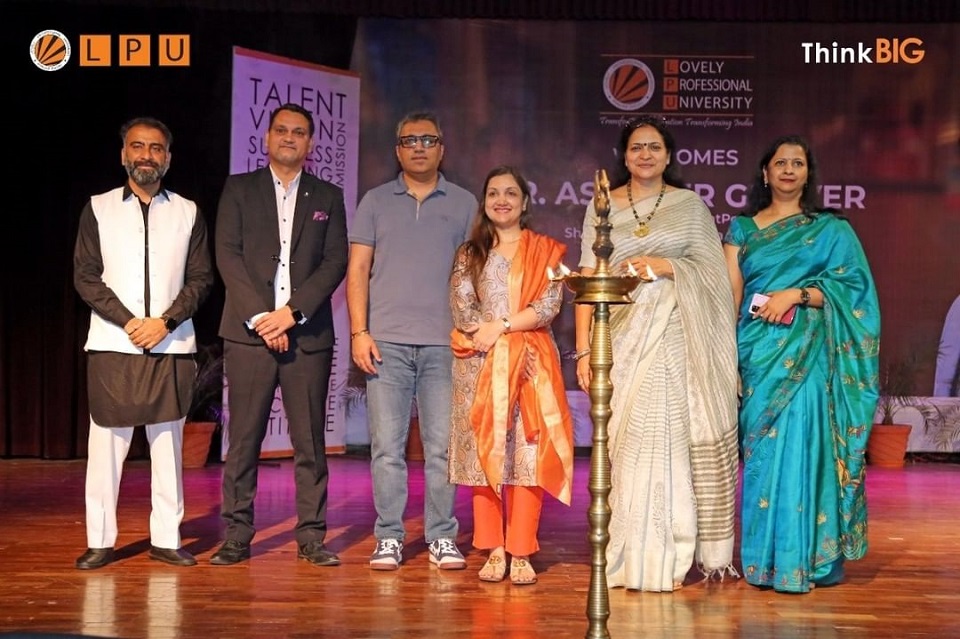 Ever binge-wanted an episode of Shark Tank India? Maybe if there was a more magnetic approach towards keeping up with the latest startup trends in the market and how they assimilate funds while simultaneously receiving reality show style feedback. Well, you’re in for a treat! Shark Tank India is one of those meaningful shows that offer you plenty of insights on entrepreneurship; to say the show is moreish would be an understatement. But would you believe if we say we got one of the Sharks on the Lovely Professional University campus? Ludicrous? You might want to rethink, but it’s alright; let’s skip to the good part!

Upon arrival on stage, his first reaction was wow, that’s a humongous crowd. He explained he’s often called upon by universities to address their students, but he ain’t seen nothin’ like this! Back to the session, it took off downright candid straight from the shoulder; He stated, till August of 2021, he used to be a very private person; He added sarcastically that his Instagram had just 236 followers compared to today’s Brobdingnagian fan following of 692K. Being modest, he said he was just building a business, and he never expected to be the architect behind two unicorns.

In 2021 out of the blue, Shark Tank India approached him, and given his habit of investing in startups, he agreed to be the judge. Following, the Shark Tank’s Director shared a couple of sample videos with him, which Mr. Grover admitted to having ignored blatantly; reason? He had this philosophy, “I ain’t an actor, gotta do what you gotta do to build business, that’s it!” upon shooting Shark Tank episodes, the Director was scared to bones, and he said if you want, we can edit the episodes. The Director mentioned, “this is going to create a lot of controversies; either people will love you, or it’s going to be the exact opposite,” to which Mr. Grover replied, “go ahead, let’s see what happens,” this revealed his legendary to the point, let’s get down to business persona, which the entire nation loves him for, and not to mention the Gen Z fans.

What caught everybody’s hearts was rawness; he spoke whatever came to his mind with no faking involved; He also elaborated on how language has a significant impact on how our words are being perceived by the people on the receiving end, which revealed his archetypal personality, which we all admire him for. Back in the days of Bharat Pe, Mr. Grover made pitches to Mr. Anupam Mittal not once; but twice, whose offer which Mr. Grover had rejected as Mr. Anupam replied a little too late! At Shark Tank, their maxim wasn’t about making money; he also cleared out rumors and stated they weren’t paid for the episodes; it was out of their own free will that each of the Sharks was committing to investments worth 10 crores. Also, whatever they were bringing to the table was from their own hard-earned money.

Following this, our beloved host Saahas Ramaul presented some of the crowd filtered list of questions to which Mr. Ashneer Grover replied, as I quote, “tu unfiltered wali list leke aa,” and the crowd burst into laughter mode. After all, we know him for his savage replies! The mic randomly travelled throughout the auditorium, with a barrage of questions from Vertos; Mr. Grover answered them all in an iconic way that we all know him for.

Following, we progressed towards the felicitation ceremony wherein our worthy pro-chancellor, Ms. Rashmi Mittal, presented a token of love and appreciation To Mr. Ashneer Grover & Ms. Madhuri Jain Grover on behalf of the entire Lovely Professional University. With that, the startup guy with no regrets signed off!

Missed out on the session? Don’t worry; we got you covered! Here’s the full-length recording for you: https://www.youtube.com/watch?v=0HFe-sQnbao 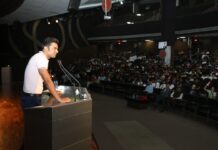 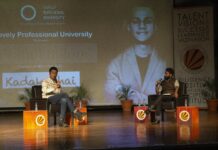