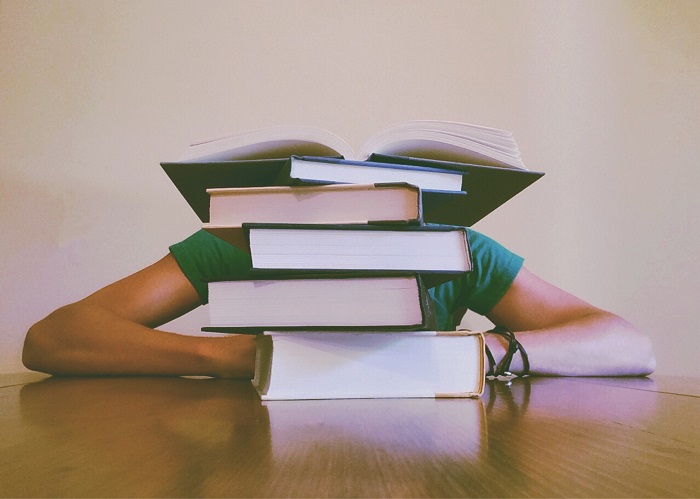 Are you looking for one technique to supercharge your learning well? This technique can help you learn faster, memorize more and master subjects like you never could before. This innovative strategy was pioneered by Richard Feynman. He was a Nobel prize-winning physicist in the mid-1900s. Feynman was a front-runner in quantum mechanics and particle physics. He’s one of the founders of quantum computing and was one of the first to introduce the concept of nanotechnology. But Feynman did not earn his academic prowess by chance. He created a technique, so he could learn better than everyone else. He wouldn’t just absorb more information, he wouldn’t memorize more vocabulary words, his technique revolves around a deeper understanding of subjects you want to master. Using his technique, Feynman won the Nobel Prize in 1965 for his work with quantum electrodynamics. At the core of Feynman’s astounding scientific genius is a four-step process that anyone can learn.

So what is that process, which is the Feynman technique? Let’s start with a general overview, and then we’ll get into the finer details. The Feynman technique breaks the learning process into four broad and repeatable steps. The technique itself is based on a simple observation. Feynman notices that there are two types of knowledge. Many people know what things are called, but very few people understand them.

Throughout our schooling, we’re taught to memorize titles, terms and names. Many of us have a long bank of buzzwords stored within our memories when we try to explain something we reference and use all the complicated words that we’ve learned. Now, most of the time, those words communicate the gist of what we’re saying, but they don’t fully explain the concept, yet the other person believes you or, rather, they believe that you’re smart enough to know what you’re talking about. But the truth is neither of you fully grasp what you’re saying. You’re using that complicated terminology like a crutch. You’re compensating for your deficits in knowledge.

Now Feynman distinguishes between this kind of knowledge, which we’ll call knowing, and a new kind of knowledge which we’ll call understanding. To understand something is to explain the concept, so anyone can also understand it. That’s why the focal point of Feynman’s technique is simplification. To truly understand a topic, you must teach that topic to someone who knows nothing about it, someone with zero background on the subject that you’re discussing. If you can’t explain that subject to a complete amateur, then there are gaps in your understanding, according to Feynman.

Choosing What You Want To Learn

1. The first step is choosing what you want to learn. Take out a blank sheet of paper and a pen or pencil. At the top of the page write down the subject that you want to understand. Let’s say, for example, you want to learn how gravity works, anyone can say the earth has gravity, but could you explain how gravity functions? Why does it exist? Where does it come from? That’s the goal of the Feynman technique. By the end of this process, you’ll gain a complete understanding of whatever subject you choose. But for now, just write down the name of your concept on that sheet of paper.

2. Step two is where most people realize just how little they understand. In step two you’re going to write a simple and clear explanation of your subject. Don’t use fancy terminology and do the best that you can with the knowledge that you currently have. Now, if you haven’t realized it already concise explanations are hard to write, it takes time and a deep understanding to explain your subject with one simple definition. That’s why the Feynman technique is so successful. Unless you understand a subject completely, then you’ll struggle to write a successful explanation. Once you’ve written your explanation, it’s time for step number three.

3.Read your explanation from start to finish. Do you notice gaps in your understanding? Does your definition make sense? Are there areas where you got stuck or didn’t know what to write?

Step three teaches you two important things. First, it shows you why you do understand all the concise parts of your explanation demonstrating a partial understanding of your subject. If you have made it that far, then you’re well on your way to mastering this topic. Many people, when challenged to explain a subject, have no clue where to start. If that sounds like you, that’s okay too. You don’t have to understand your subject to use the Feynman technique. This strategy is specifically designed to increase your knowledge over time, no matter how well you did just move on to step four.

Build Upon Your Previous Knowledge

4. Step four is the most critical part of the learning process. Once you’ve discovered the holes in your understanding, you should return to the source material, re-read, find new sources, listen to explanations that experts give on your subject. As you’re reading and listening to others, you may stumble upon a startling realization. When you practice the Feynman technique you learn to differentiate between knowing and understanding. When you listen to other people talk, you can tell whether they understand what they’re talking about. Many people mask their misunderstandings with complicated, vague and often meaningless jargon. Why is it because they want to sound intelligent at the end of the day? We all want to sound intelligent and right, but that illusion rarely represents the person underneath. If you can’t wrap your head around the subject, then they may not understand the subject either. You may find that people aren’t as intelligent as you thought they copy and recycle regularly, but most of the time that’s all it takes to sound smart. Other people are fooled by big words and fancy terminology and the user falls for the same tricks because they believe they understand what they’re saying even if they don’t. In day-to-day conversations, the Feynman technique gives you a sharp ear for cover-ups and nonsense. You’ll distinguish between those who know and those who understand because you’ve discovered what real understanding looks like.

Now let’s get back to our four-step process. Let’s say you’ve spent some time on step four. You’ve been re-reading and re-learning. You filled the gaps in your understanding. Now you want to see how much new knowledge you’ve absorbed. The Feynman technique is designed to be repeated. When you’ve learned more information, you go back to step two, you rewrite your initial explanation and, just like before, you pretend that you’re teaching the subject to someone who knows nothing about it. Keep your language simple and your concepts clear. This is important when you repeat the process and start your explanation from the beginning. Don’t just fill in the empty spaces that you left the first time around. Why is this important? Also, if your understanding becomes clearer and clearer, you’ll discover better ways to phrase and explain your subject?

Let’s go back to our first example of how gravity works. First, it may make sense to explain gravity as gravity is a downward force created by the earth. Step three, however, exposes you to new knowledge. You gain a better understanding of gravity, so during step four, you explain gravity a little differently. This time you say gravity is a force created by any object with mass that pulls other objects toward its centre. Not only is this explanation more accurate, but it’s also easier to understand. As you relearn and review, your explanations will get better and more concise. If your definition isn’t clear enough, then start again, learn more, dive deeper, try to explain your subject over and over. The further you push your understanding, the more expansive your understanding will become. You may discover that one Feynman technique branches into another as you’re investigating gravity. For example, you find out that you don’t quite understand what mass is either. So you start from step one, write what mass is at the top of the page, and then you try your hand at a simple explanation. And just like that, the Feynman technique connects and branches into a web of explanations. If you can explain and define every concept on that website, then you’ve moved one big step closer to mastering your subject.

The Feynman technique is one of the most universal mental models out there. It’s great for academic learning, but that’s not all it can do. You can use the Feynman technique to organize and explain your goals: why do you want to achieve something? Why have you chosen your career path? Each of these questions could be a subject that you know, but don’t understand. So you write an explanation, you make it simple and concise, and then you figure out the gaps in your understanding. For many people, that process provides motivation and clarity which push them in the right direction. You can also use the Feynman technique to make decisions when faced with a complicated choice. Use this method to clearly explain your options. By boiling down your options, you may discover an answer. So if you’re ever faced with something confusing, something you know, but you don’t understand, remember this four-step process. The Feynman technique is a universal strategy to resolve your misunderstandings and develop true intellectual mastery!

The Magic of Feynman Technique in Learning