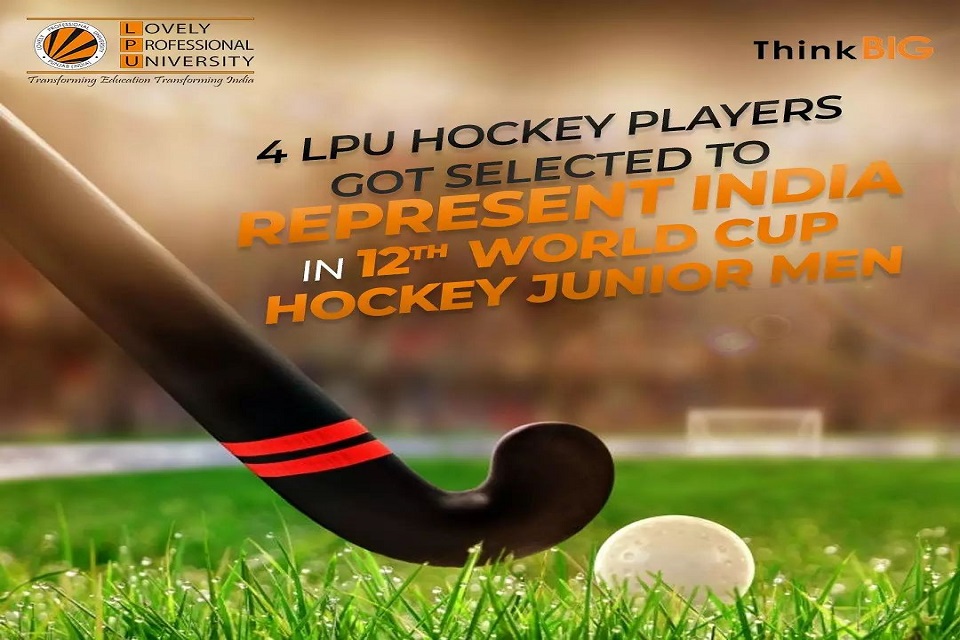 It is incredible that four LPU students and hockey players have been picked to represent India at the 12th World Cup Hockey Junior Men, which will be held from November 24 to December 5, 2021, in Bhubaneswar, Odisha, and organised by the International Hockey Federation (FIH). We extend our heartfelt congratulations to Pawan, Araijeet Singh Hundal, Boby Singh Dhami, and Yashdeep Siwach on being named to the Indian national squad. As an alternate player, LPU student Boby Singh Dhami will be allowed to participate only in the event of an injury or if someone from the 18-member squad is forced out of the tournament due to Covid-19.

Having won the previous FIH Men’s Hockey Junior World Cup in 2016, India is the defending champion at this year’s competition. 16 teams have been divided into four groups, with the top two teams from each group qualifying for the quarter-finals at the conclusion of the round-robin stage.

Team India is the defending champion in the FIH Men’s Junior Hockey World Cup, having won the title in 2016, held at Lucknow. Sixteen teams have been divided into four groups, with the top two at the end of the round-robin stage qualifying for the quarter-finals. Team India has been assigned to Pool B, which also includes the countries of Canada, France, and Poland.

LPU never fails to generate a varied range of talents capable of great things. LPU has long been renowned for the athletic achievements of its students. Lovely Professional University consistently encourages athletes and players to participate in a variety of sports, both indoor and outdoor. A swimming pool with an Olympic-sized diving board, badminton courts, cricket, football, and basketball fields, among other facilities, are available at Lovely Professional University. Every time an opportunity has presented itself, the pupils have taken advantage of it and shone on larger stages, earning them worldwide fame.