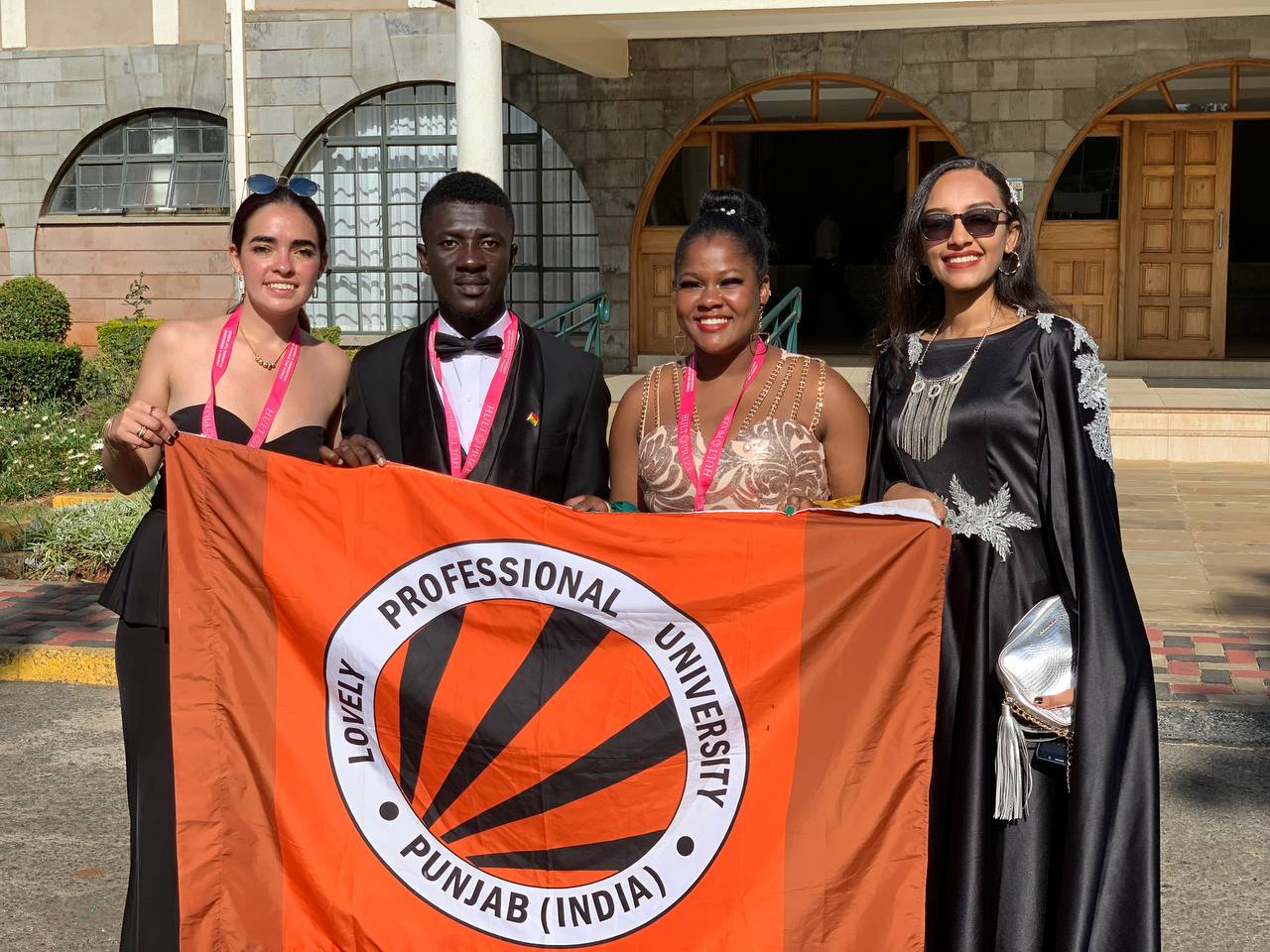 * Hult Prize is also known as the ‘Students’ Nobel Prize’

* The conference & award ceremony in Nairobi (Kenya) had participants from different countries and institutions in America, Europe, Asia, Africa and the Middle East

One of the international students at Lovely Professional University (LPU), Emmanuel Borna Peasah of the  B. Pharmacy Program, was recently invited to the ‘One Million Dollar’ Hult-Prize Conference & Awards Ceremony held in Nairobi, Kenya. He was invited as he is presently the  ‘Campus Director’ at LPU. Emmanuel also hosted the first of its kind ‘Hult Prize Punjab Impact Summit’ in Punjab.

The conference & award ceremony in Nairobi had participants from different countries and institutions in America, Europe, Asia, Africa and the Middle East. These participants were top performers from across the globe and have made the Hult Prize possible.

Hult Prize is the world’s largest competition, where students from across the world compete with start-up ideas to solve a vital global social issue. The finalist wins the ‘One Million US Dollar’ award. The Hult Prize is also known as the ‘Students’ Nobel Prize’, and former US President Bill Clinton holds that the ‘Hult Prize’ is how the world has to work in the 21st century.

Patronizing the event, President Clinton announces each year a problem statement on one of the critical global issues, to challenge students to come up with disruptive solutions. Student teams from around the world work on it to develop unique ideas. The best ideas from each university compete at the national level. The selected teams compete at the global level, culminating at an intensive accelerator in Boston. It is followed by the ‘Grand Finals’ hosted by President Clinton in New York. The winning startup idea gets a million-dollar seed fund, visibility, branding, and investor attention to start up their social enterprise. Whereas, all other participating teams earn valuable insight, knowledge, experience, and a positive worldview.

Coming back from Nairobi. Emmanuel shared his experience of meeting the finest minds from the globe and how this opportunity, provided by LPU, has changed his outlook. He further thanked his mentor faculty and friends at LPU from across the world who helped him to work on this year Hult’s problem statement, which allowed him to represent an Indian university in African land.