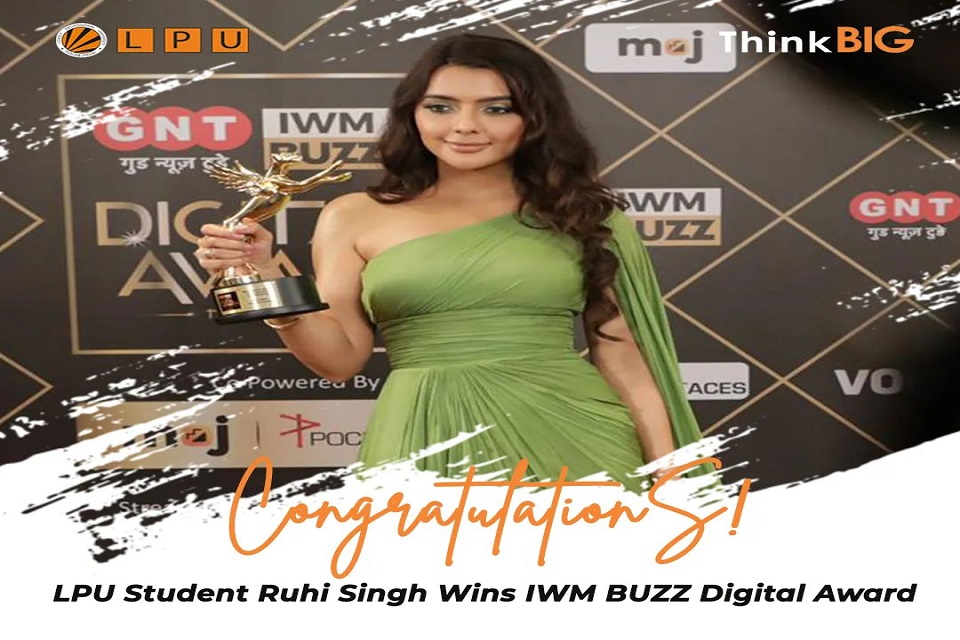 As I go through the day-to-day achievements of students at LPU who are pulling off such mind-blowing wins day-to-day, I get a feeling of great fulfillment from being a student at LPU. This emotion is a result of the fact that I am a student here. Today we have news straight from Bollywood’s IWM Buzz Digital Awards, as they have announced that LPU student Ruhi Singh is the winner of the award for “Most Popular Actress in a Comic Role in a Web Series Award.”

2011 was the year when LPU student Ruhi Singh made her debut in the modelling profession. She competed in the preliminary competition for the Femina Miss India contest in 2011 and was awarded the title of first runner-up. In the same year, she competed in the Indian Princess 2011 pageant and was selected to represent India in the Miss Model of the World 2011 competition, which was held in China. There, she finished in the top 36 in the tournament. She competed in the Femina Miss India competition in 2012 and finished in the top 10 of that year’s competition. In the latter part of that year, Ruhi competed for India at the Miss United Nations pageant, which was held in Miami in 2012.

Ruhi Singh, a former beauty queen of India and current Bollywood actress, is a well-known figure in the world of glamour. She joined the over-the-top (OTT) platform used in the film industry, and she immediately jumped at the chance to be considered for the award for best OTT actress. She was given the chance to work at an OTT platform, which she dominated in her role there. She has been nominated for the FILMFARE OTT Award for Best Actress in 2021 for her roles in Runaway Lugaai and Chakravyuh, which are both seen as two of her best.

The IMDB rating for the film Runaway Lugaai is eight, and it falls within the categories of Comedy and Drama. On the other hand, Chakravyuh has a total of seven points on IMBD and features a variety of genres such as crime, thrill, and mystery, in addition to action. The students at Lovely Professional University have managed to etch their names into the sparkling ink of advancement in a variety of areas, ranging from scholastics to expressiveness. The fact that one of our students, Ruhi Singh, took first place in the IWM Buzz Digital Awards, is a source of tremendous satisfaction for the entire LPU community. We would like to extend our warmest congratulations to her on the well-deserved success she has achieved! 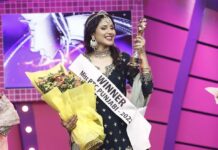 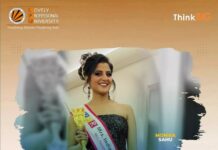 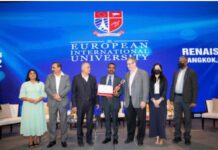 What’s the most annoying question being asked in job interviews and how...