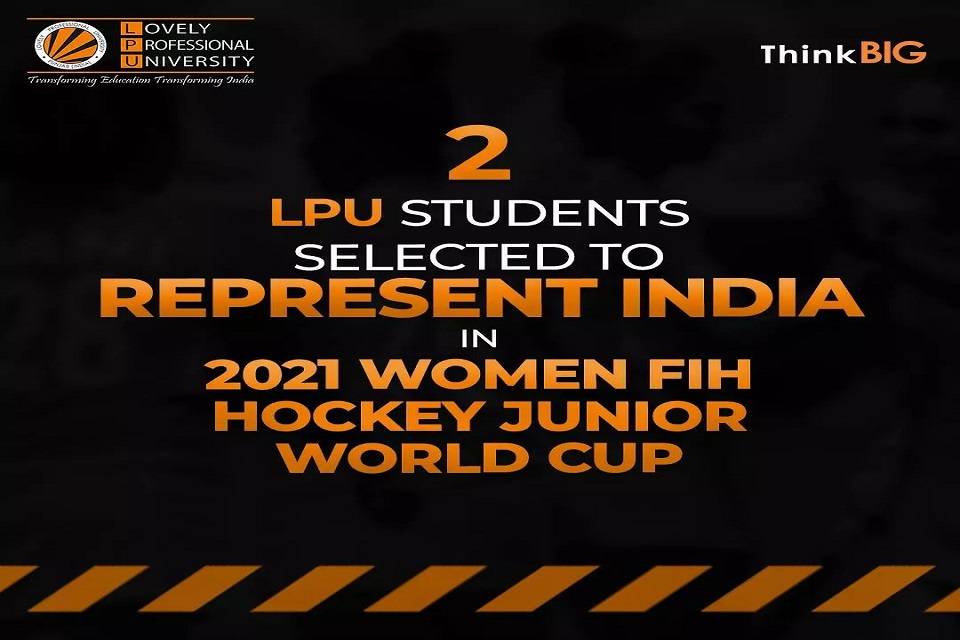 This is yet another source of great pride for the LPU community. Two LPU students, Reet and Priyanka, have been picked to represent India at the 2021 Women’s FIH Hockey Junior World Cup, which will be held in Potchefstroom, South Africa, from December 5 to 16, 2021.

This will be the ninth edition of the Women’s FIH Hockey Junior World Cup, which is a biannual women’s under-21 field hockey world championship organized by the International Hockey Federation. It will take place in Potchefstroom, South Africa, from the 5th to the 16th of December 2021. The tournament has been played since 1989 and is organized by the International Hockey Federation (FIH). The competition, which takes place once every two years, is open to players who are under the age of 21 as of December 31 of the year before the tournament’s date of commencement.

The Junior World Cup, which takes place every two years, is a showcase of emerging talent. This is an excellent opportunity for young players to demonstrate their natural talent on the world hockey stage. The Junior Hockey World Cup, which has 16 teams battling for the ultimate prize, is usually a thrilling event to watch. In previous competitions, four teams have dominated. The Netherlands is the most successful team in the tournament’s history, having won it three times. They are followed by Korea and Argentina. Germany has only won the tournament once in its history.

In this renowned tournament, India’s highest finish was a bronze medal in 2013, which was the country’s best-ever result. India has been assigned to Pool C, where they will compete against the reigning champions Argentina, the Russian Hockey Federation, and the Japanese national team. India’s opening group game will take place on December 6 at 2:30 p.m. IST against the Russian Hockey Federation. On December 7, at 2:30 p.m. IST, Team India will face the defending champion Argentina in their second group match of the tournament. At 2:30 p.m. IST on December 9, Team India will face off against Japan in the final match of the group round. During the group stage, each team will play each of the other three teams in their group only once each. Only the top two teams from each group will proceed to the quarter-finals.

LPU student selected as RJ by All India Radio