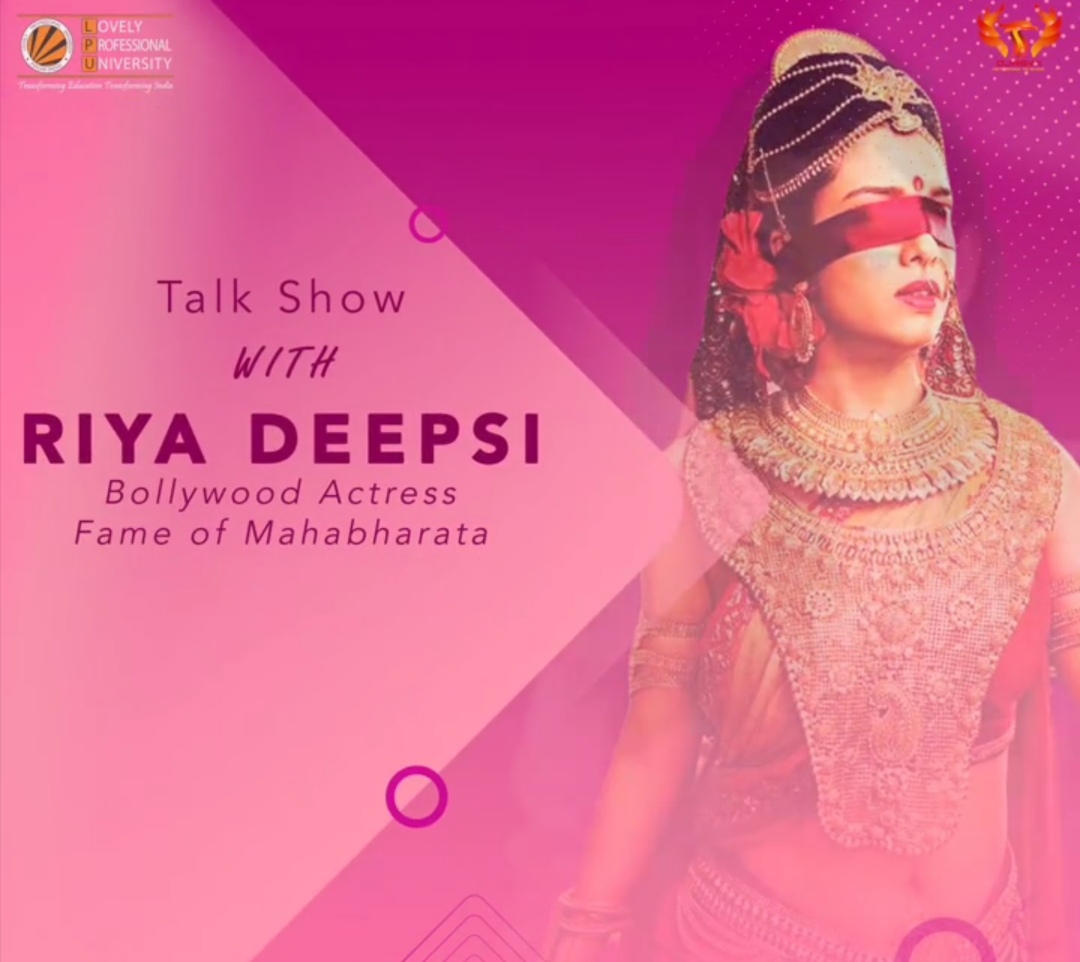 Ms. Riya Deepsi is a fabled Indian film & television actress and model, known for her portrayal of the role of the Gandhari, in the legendary Indian mythological show “The Mahabharat.” In terms of its grandeur, even a professional trouper would be intimidated to confront it. Ms. Riya, on the other hand, has done the character justice and portrayed it with absolute impeccable conviction. She aggrandized Vertos at Lovely Professional University with her mystic essence on the 24th of April 2021 through an online talk show organized by the student organization Ojaswi, under the aegis of the Division of Student Welfare.

She narrated her journey from her coveted desire to be a singer and climaxed destined to be an actor. During her early days, while she was in standard 8th, she wanted to be a singer and perform at the Indian Idol. Soon after, her father got a transfer from Indore to Mumbai. Down the line, some things changed; her school had a theatre club where she used to perform. She described her love for singing which started since three years old which continued throughout her career till 10th standard when she joined an open theater group named Ek Jut. That was the moment she realized her propinquity towards acting.

She described how supportive her family was with her decision. She also elaborated that she also had her highs and lows. Being a known face does not imply that the struggles are over; In the Indian film industry, everyone is competing against everyone, even the known faces have a tough time competing against young talents. She highlighted her struggles in the industry being a woman. It took a lot of patience and preparation to get a role she wants to play by heart. Soon after The Mahabharat ended, she was offered different characters in major shows, but it took over a year to get what she desired. She shared her experience while shooting for a web series where she learned the little intricacies of cricket; she described it as an intriguing learning experience.

She said you would often want to step away and say, let me rest, get out of this archetype’s teat, and see where I stand. It can make you feel tossed around, and it can make you feel knackered. I am not what I did on the set, not the same person I was while portraying the role.

Later during the session, she shared some pro tactics with some budding actors at Lovely Professional University. She shared how theatre plays a crucial role in craving an actor out of the blank canvas. It is like a college for actors where they learn essentials like emotions, expressions, etc. She described how youngsters skip on the theaters. They do not respect the hard work that goes behind the scenes while a play is going on.

Her message on acting, “Just as anything where all the odds congregated versus you, and you have an astronomical chance of getting your toe in the house, you must have a relentless attitude.” In those mystical idioms, the wise lady signed off! 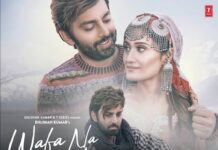 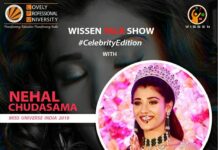 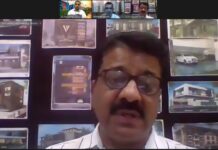