After the inaugural ceremony of RAFAS 2016 the event proceeded with several lectures. Dr Margit Fabian from Hungary spoke  about understanding of the new medium used for nuclear waste storage for radioactive waste control. Prof Dr Dino Jaroszynski from Scotland (UK) talked about progress in next-generation plasma-based amplifiers, accelerators and radiation sources for their being of lower cost and compactness in comparison to conventional technology. Prof Dr Richard Emilion from University of Orléans (France) projected that “mixtures of densities arise naturally when a statistical population contains several subpopulations”.  He proposed some constructions of mixtures of dependent densities. Prof Dr Ambrish Singh from the Southwest Petroleum University (China) talked about rust inhibitor for mild steel.  An abstract from Tokyo Institute of Technology, Japan, described ‘Magnetism’ in non-magnetic Nano-graphite.

In a series of lectures held at block 25 room 504, several subjects were expounded upon and papers presented. Prof. Victor V Kulagin, a Russian scientist spoke on the formation of electron bunches with diameter ranging from several microns to tens of microns and thickness from a few tens to 100 nm. He  studied a generation of Coherent X ray pulses using frequency up shifting, motion of a single electron in a relativistic laser pulse, formation of relativistic electron mirror from a nanofilm in which only a single electron bunch of attosecond length is generated and charge of bunch can be very large, greater than 10nC and parameters can be controlled very easily. He discussed how high quality relativistic electron mirrors can be formed from nanofilm.

This was followed by a presentation given by researcher Gopal Krishna from University of Delhi, who talked about using the non-uniformity in plasma for generation of magnetic field with fluctuating current. Dr.Atul Khanna from Guru Nanak Dev University talked about glasses made from certain materials such as Tellurite and their properties.

Many more papers were presented, and through all of it, the students gleaned more than the latest technological research. They were able to get a sense of the life a researcher lives. It may not be a lavish and luxurious one but is brings professional and social satisfaction as you are able to contribute to your field and help make the world  better to live in. 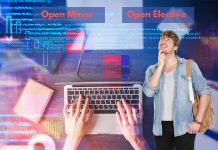 What is Open Minor and Open Elective in LPU? 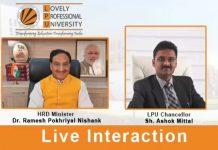 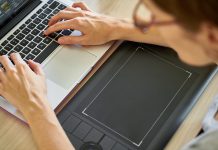 Benefits Of Having LPU Domain ID