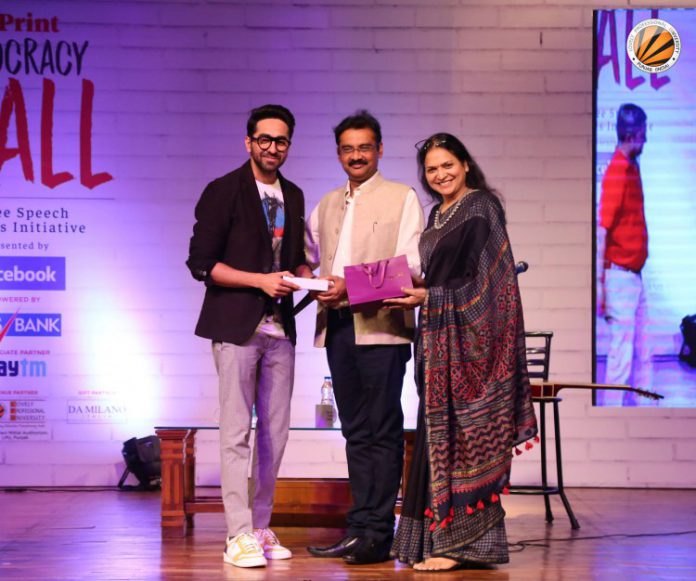 All of them inspired the next generation of India, young students at LPU, to emerge as involved citizens of the country. The occasion was the 9th edition of ThePrint’s event ‘Democracy Wall’, a free speech campus initiative at LPU.

The event commenced with Youth Icon; Bollywood star Ayushmann Khurrana who interacted vividly with LPU students and inspired them to follow their passion by continuously working hard to achieve what they desire the most. Talking about free speech, he shared that in a democracy all are free to speak but speech has both strength and weakness: “It is just like a sport of table-tennis and we receive the ball as we push”.

LPU students were seen very excited and eager to know so many things about his charismatic success in the film-industry in spite of him being a simple next door boy. In response to one question put about his initial failure in bollywood, he inspired all by following that “Your failure is your real friend, philosopher and guide. I have learnt more from my flop-films than from successful ones. There is scope for everything in the life, never get dejected, keep on trying hard in life.” 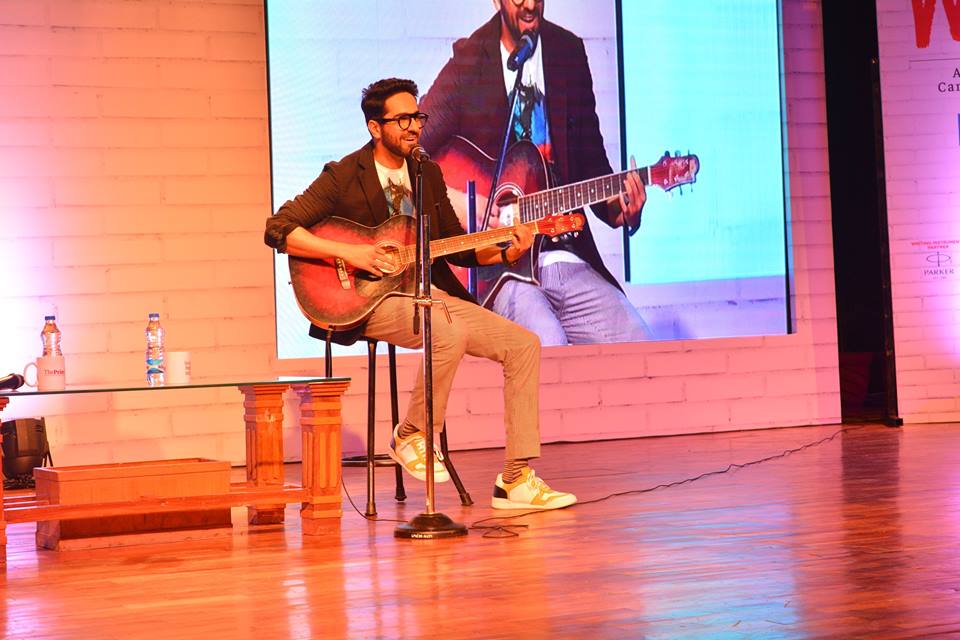 In another answer, he laid stress on the importance of education which is a key to success in every field. He shared that there is no end to education in any age and hard work is the real password to achieve everything in life. If you want to do something, do it now”. In the end of his valuable conversations, actor Khurrana also sang two of his favourite numbers with the aid of Guitar on LPU students’ persistent requests “Mere Dil Ke Lifafe Me” and “Paani Daa Rang Vekh Ke”.

Journalist Shekhar Gupta also visited the campus on the occassion and informed that the event is a movement where students come out boldly and encorageously with their individual views. This free speech initiative seeks to better understand and further enhance our constitutionally guaranteed freedoms. He shares: “We aim to involve students from the finest campuses across India in open dialogues on issues related to free speech and democratic rights.” 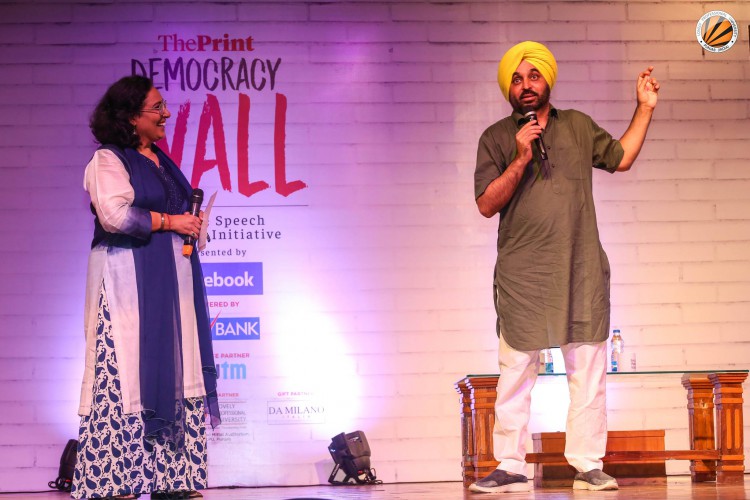 Other than actor Khurrana, there was an astral list of eminent speakers and performers at the event including MP Bhagwant Mann, PWD; IT Minister with Punjab Government Vijay Inder Singla, Journalist Shekhar Gupta, Social Activist; Researcher Arnika Singh, rapper Feyago; stand-up comedian Abijit Ganguly from Kolkata. During different sessions of the day, all of them shared their experiences to motivate LPU students.

Politician, social worker, comedian, singer, actor Bhagwant Mann inspired students to be always socially active with full zeal. In his famous satirical and amusing way, he guided students to bring “a new mechanism of governance and model of development. Keep in mind that ‘Grassrooters go up, parachuters go only down. Be master of your own field.” Minister Singla advised students to avoid shortcuts and adopt hard-work. Everyone should have one’s own set of rules to have a wholesome personality in the long run. 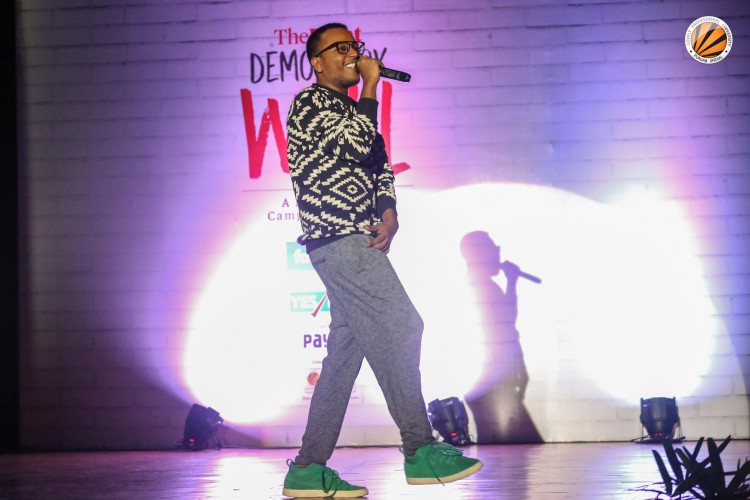 He also declared his vision to make the Punjab state as an IT hub. Arnika too proved energizer for LPU audience and talked about counter speech. While talking about fake news; social media trolling, she advised that to every hate speech, the best response is soothing speech. Rapper Feyago and Comedian Ganguly also enthralled LPU audience with the best out pours from their talents.

‘Democracy Wall’ takes the idea of “free speech and meaningful engagement with governance, politics and society” to India’s most vibrant campuses. It offers young and aware Indians a platform to express their thoughts and aspirations: in voice, prose, verse, painting or music. As a forum for open expression and healthy questioning of established ideas and notions, ‘Democracy Wall’ aims to help the next generation of Indians emerge as involved citizens. 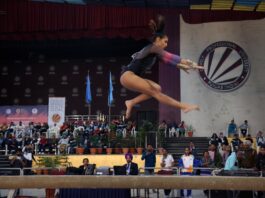 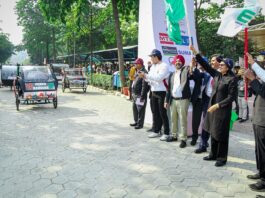 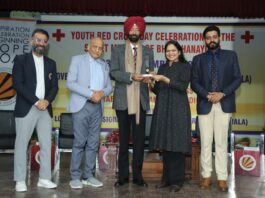