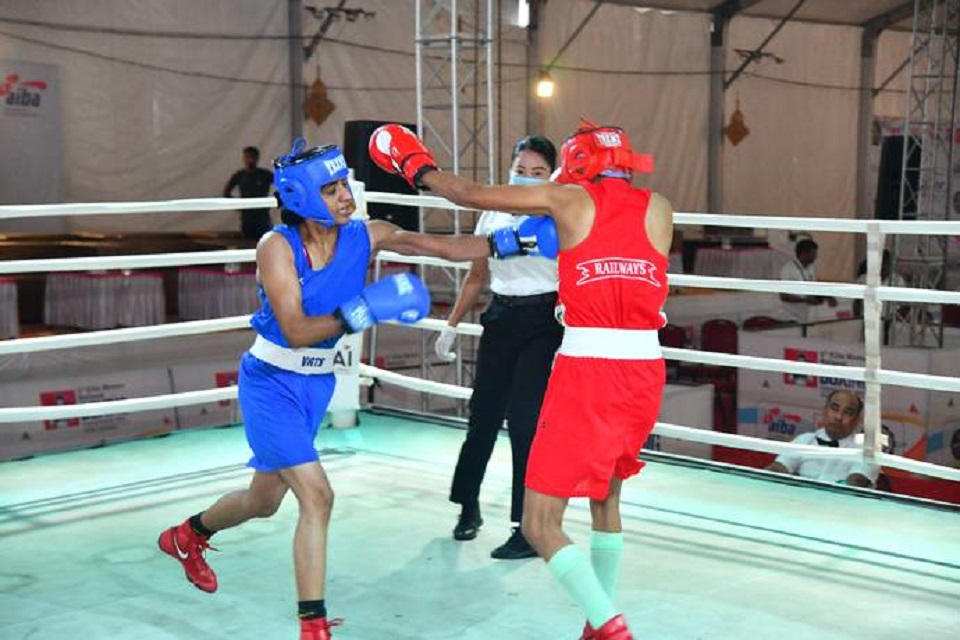 LPU students have always made the country proud. In a recent achievement, three LPU students have won laurels for the country in the same tournament. LPU Student and Boxer Manju Rani has won Silver Medal in the 48kg category. Boxers Arundhati Chaudhary and Parveen have won Gold Medals in 66kg and 63 kg weight categories, respectively, at the 5th Elite Women’s National Boxing Championships. Heartiest Congratulations to all.

LPU Student Arundhati Choudhary, who is also reigning youth world champion, defeated Pooja of Team RSPB 5-0 in a memorable match. On the final day of the championship, LPU student Manju Rani faced an upset by unanimous margin losing to RSPB’s Neetu in the 48kg category by 5 – 0. In the 63 kg category, LPU Student Parveen outplayed Monika from Team RSPB by 5 – 0.

Senior National Women’s Boxing Championship has been successfully executed by the Boxing Federation of India (BFI). The championship is the first national event post-COVID-19 pandemic. There were more than 320 boxers of 36 states/ Union Territories/ boards who participated in the championship.

The Railway Sports Promotion Board (RSPB) won medals in every single category and concluded the events with 12 medals, including five golds, six silver, and one bronze. On the other hand, Haryana claimed the second position with nine medals including four gold, four silver, and a bronze medal. Delhi finished a gold and two bronze medals in third place. The gold and silver medallist of the championship will be given a direct ticket to train in the national coaching camp. The gold medallist is automatically selected for the world championships.

LPU never fails to produce diverse talents who do wonders. LPU has always been known for its students excelling in sports. Lovely Professional University always encourages athletes and players in both outdoor and indoor sports. LPU has arrangements for every sport with an Olympic-sized swimming pool, badminton courts, cricket, football, and basketball grounds, and many more. The students have always grabbed the opportunity and shinned at bigger platforms and have developed worldwide recognition.

A new world record of doing “Most number of knuckle push-ups...