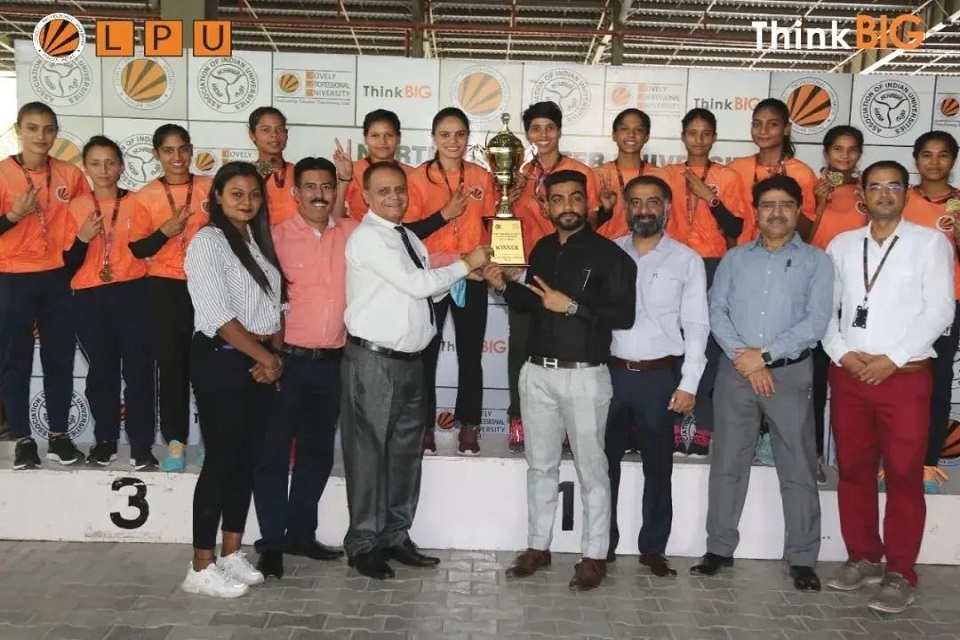 One of India’s most well-known and widely played traditional games is Kho-Kho. It is played by multiple teams, each of which is comprised of 12 players, of which 9 join the playing field and the remaining 3 become the members of the defending team. The sport of Kho-Kho is played outside and is regarded as a game that requires both method and strategy. It is a game that has a very high level of competition. The North Zone Inter-University Kho-Kho (Women) Championship-2022 was hosted by the Association of Indian Universities (AIU). It took place at the Baldev Raj Mittal Unipolis of Lovely Professional University. The event lasted three days, and there was a total of 14 teams that fiercely competed against one another.

The LPU Girls Kho-Kho team won gold at the North Zone Inter-University Kho-Kho Championship 2021-22. Throughout their many matches, LPU women’s players displayed the finest of the game’s running and chasing talents. As a result, they were able to wrestle the winners’ trophy away from the grasp of powerful teams that were regarded as their competitors. The MDU Rohtak team has been given the title of first runner-up, while the Kurukshetra team has been given the title of second runner-up. Panjab University has been awarded fourth place.

The first four teams that win their respective zones will compete against each other in the inter-zonal matches, which will take place between the 5th and 7th of July 2022 at the University of Mysore in Karnataka. Other regional competitions that were going to take place were in Bhuvneshwar, Gujarat, and Warangal, which were designated as the east, west, and south zones, respectively. A total of 16 teams will participate in the inter-zonal matches.

On this special day, the Kho-Kho Federation of India invited its General Secretary, Shri MS Tyagi, and Co-Convener, Shri Sumit Bhatia of the Referee Board India, and Ex Treasurer (ICICF), Shri B S Tirath, as its Guests of Honor. Mrs. Rashmi Mittal, who is the Pro-Chancellor of LPU, was the official person who inaugurated the championship. She also congratulated the LPU team who won their respective zone and urged them to go on and win the national championship.

The best chases and runs were performed by LPU players, and the crowd commended them for their work, notably their pole diving, rapid direction changes, tapping, fake and late ‘Kho’, zig-zag moves, evading, dodging, and other maneuvers. During the closing ceremony on the LPU campus, everyone who took part in the tournament thanked the many LPU management committees, which had been set up to make sure that players and officials had a place to stay, and that they could get to and from the venue, and that the venue was run well.