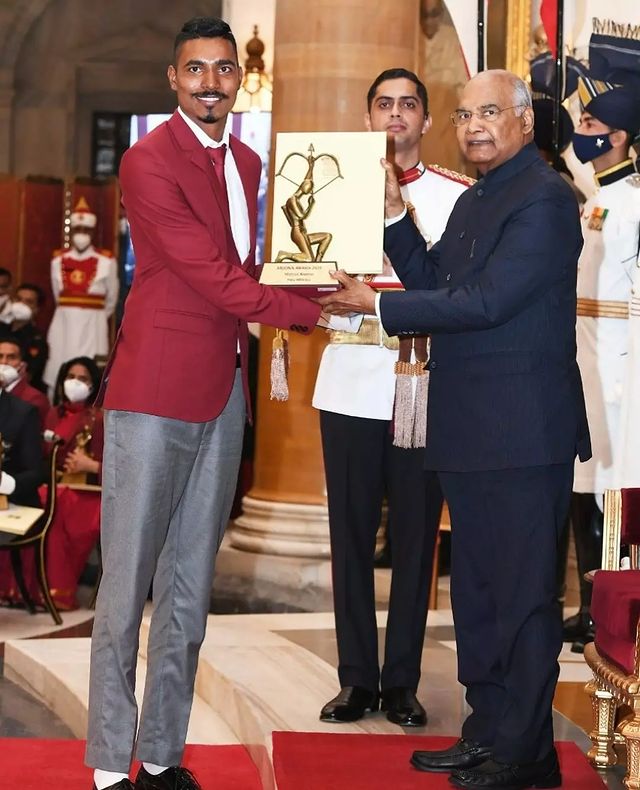 A student at Lovely Professional University and a Paralympian, Nishad Kumar has bagged an opportunity to make the whole nation proud as he has been awarded one of the most prestigious awards which is none other than ARJUNA AWARD. Nishad Kumar, who happens to be an alumnus of Lovely Professional University, has become a successful Indian Paralympian, particularly a remarkable high jumper. Nishad has begun his journey of Para athletics in the year 2009 and entered the track by qualifying to participate in the Paralympic Games in 2020. In the Paralympic games, the virtuoso performed extremely well which made him win the Silver Medal in the sport of men’s high jump under the category T47.

It was when he snared the bronze medal in 2019 in the Championship of World Para Athletics which made him qualified for competing at the 2020 Summer Paralympics. And then he continued by winning his first gold in the category of T46 of Para-athletics at the 2021 World Para Athletics Grand Prix, which was organised in Dubai. Likewise, he became the second Indian to win a medal at the 2020 Summer Paralympics when he snared a silver medal in the T41 Category high jump event along with an Asian Record. In addition to that, he unbelievably shared the silver medal with Dallas Wise of the USA who happened to clear the same distance. Let us not forget that the 22-year-old Nishad Kumar clinched the second spot behind the double Olympic champion from the 2016 Rio Paralympics, Roderick Townsend-Roberts of the USA.

Due to all his accomplishments, the para-athlete has been awarded the ARJUNA AWARD which is the second-highest awardable merit of India. The Award is presented for some exceptionally good performances in Sports and Games. Mr Kumar without any second thought is a deserving candidate for this merit. His hard work has undoubtedly paid off. The Team of Lovely Professional University congratulates Mr Nishad Kumar for his impressive victory. His achievement is an inspiration for youth.