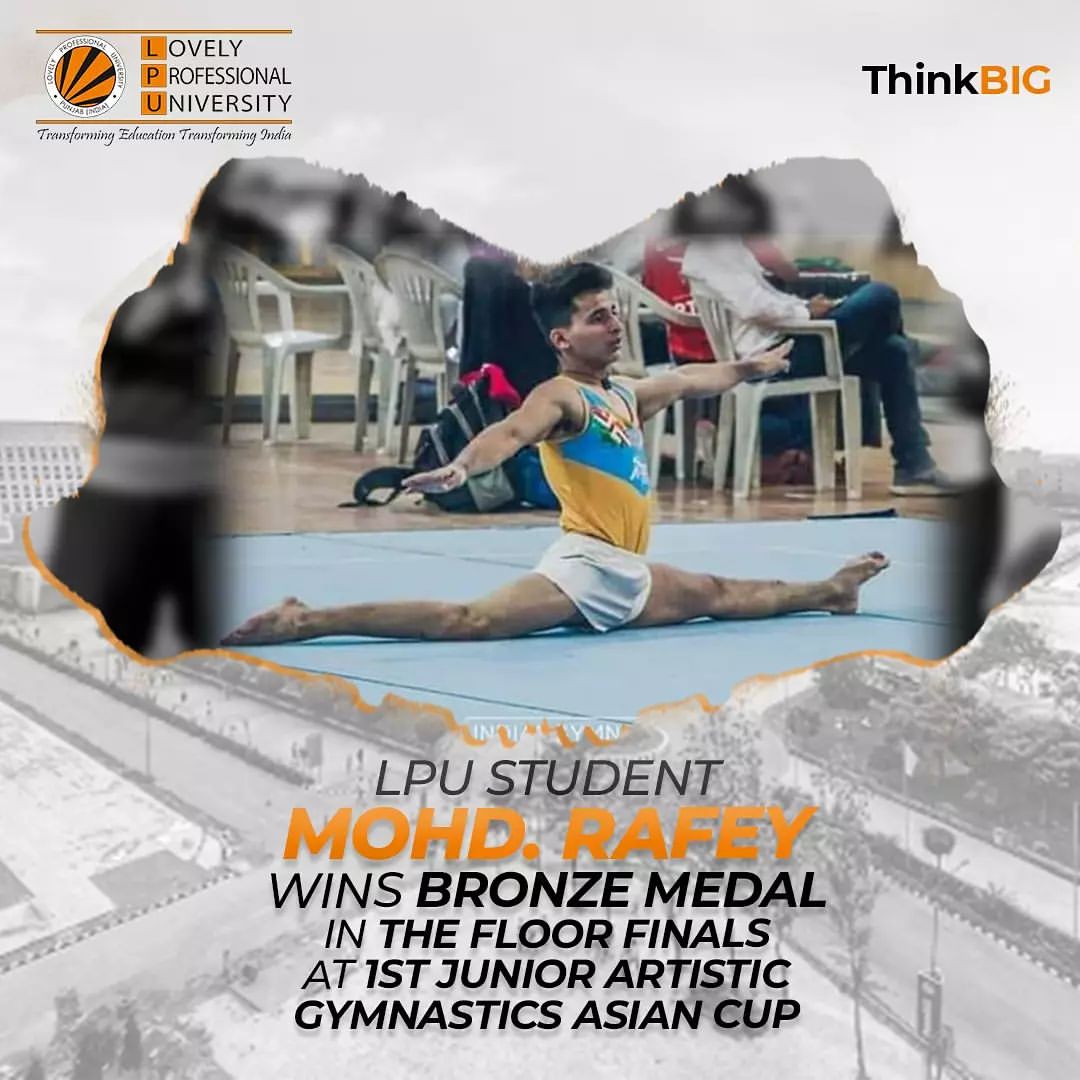 This week is all about commemorating some sports achievements. We have some appreciable accomplishments in the arena of sports starting right from one of Neeraj Chopra’s Gold to the hockey team, the junior hockey team and so many more. News today is the successive headline wherein the student at Lovely Professional University is soaring the name of the academia progressively high. Achievements and accomplishments have their effect. They are a motivation driving source for some while an unmissable track for others. This has a considerable impact on the engagement of the youth in sports. An ever-increasing number of students are inclined towards participating in sports and the ones already in are impressively progressing each new day.

Lately, Mohammad Rafey, a student of LPU has brought Bronze Medal in the Floor finals at the first Junior Artistic Gymnastics Asian Cup. The first Junior Artistic Gymnastics Asian Cup is a championship held for children who are aged under 18. Likewise, the young Rafey is 17 years old lad who hails from the city of Uttar Pradesh, Prayagraj. He began learning acrobatics when he was just five years old. He now is an international gymnast. He has participated in many competitions one of which was the Junior Asian Cup held in Mongolia where he represented India. Also, he is a five-time national champion and now has been making wonders in the sporting arena.

The international jock has not simply won the Bronze at the Junior Asian Cup in creative gymnastics held in Mongolia but he has also bagged the fifty national medals as well. Aboard that, he now is in the middle of preparation for the 2024 Paris Olympics which is being done at a camp with the Indian Army Team. He additionally has been one of five under 18 cadets from UP, to receive the Pradhan Mantri Rashtriya Bal Puraskar-2021 for his remarkable capacities and extraordinary accomplishments in the fields of sports. The entire team of Lovely Professional University is outstandingly pleased with this verto and hopes everything would turn great for his forthcoming future. May he bring a lot more laurels for our country. Likewise, hearty congrats for the Bal Puraskar!