"It really inspires me when I realize that LPU is nurturing future leaders not only of our country but of 26 other nations as well.”  Mr. Ashok Mittal

Honouring the prime entrepreneurs of the state for their exemplary achievements, CM Sardar Badal declared them as source of great inspiration for future generations. He asked the industrialists to play a proactive role in ushering in an era of industrial revolution in the state. He also underlined the need for more efforts to open skill training centres to cater to the need of the industry and to open new avenues for absorbing unemployed youth. He desired that the industry realizes its corporate social responsibility (CSR) by taking all necessary initiatives in the development of the education sector.

Feeling honoured Chancellor Mr Mittal thanked CM Badal and LMA for bestowing the prestigious award saying, “It is indeed a great honour for me to receive an award of such prestige from Badal Sahib Jee. No doubt my journey to this status remained very humble, but I feel proud in bringing change in the society by contributing in the education sector. It really inspires me when I realize that LPU is nurturing future leaders not only of our country but of 26 other nations as well.”  Mr Mittal assured all of his connoisseurs that he would leave no stone unturned to take the state to glorious heights in the field of education. 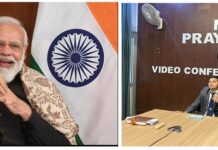 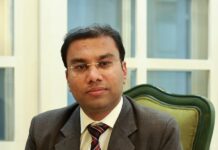 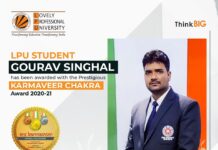