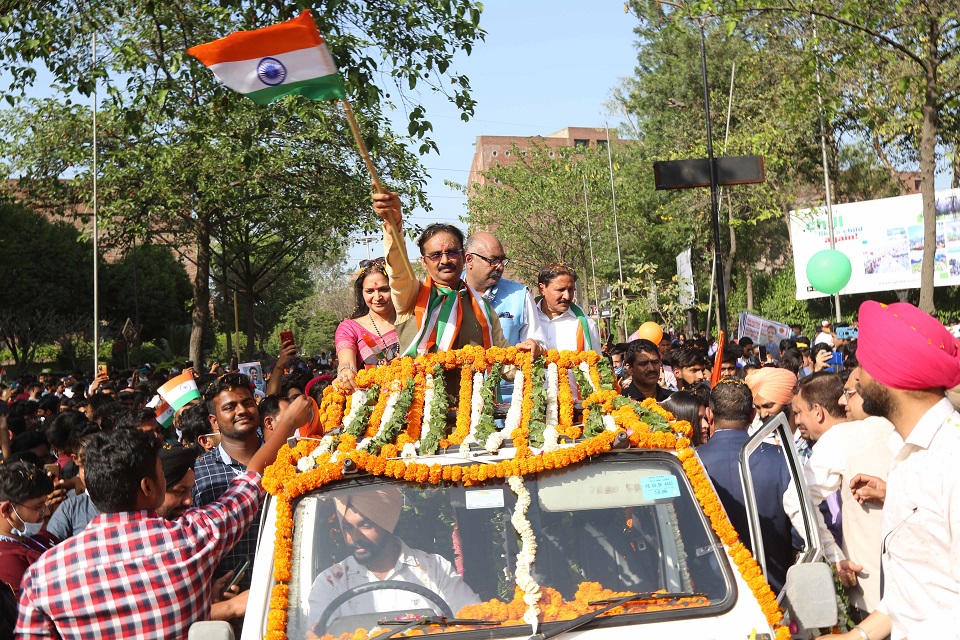 After being honoured with Certificate of Election to Rajya Sabha, and on his first visit to the Lovely Professional University campus thereafter; Chancellor Mr Ashok Mittal was accorded a warm welcome by all the national-international students, staff-members, teachers at the University. Right from the entrance to the main celebrative arena-Shanti Devi Mittal Auditorium; the whole path was thronged by greeting assemblies for greeting Mr Mittal.

LPU family members were seen chanting a university song-“Abhi to aura age jaana hae…”All of them were also seen thumping feet on the beats of dhol and bag-pipers for revealing their inner joy for Mr Chancellor, on having national recognition. Flower showering and fire-crackers all the way were other expressions of joys. On this occasion, Pro Chancellor Mrs Rashmi Mittal was also accompanying him.

While addressing all at LPU, Chancellor Mr Mittal thanked them for showing their affection and regards. He expressed that he has now been entrusted with huge responsibility, and working accordingly he would strive to be up to the expectations from him for the country. He also expected the same co-operation from all as they are according at present.

Worth mentioning, only yesterday i.e. on 24th March Mr Ashok Mittal was honoured with Certificate of Election to Rajya Sabha. A report in this regard was also sent to the Election Commission of India.

Five AAP candidates, including Mr Ashok Mittal had filed their nomination papers on March 21 and 24th was the last day for withdrawal. AAP has won 92 of the 117 seats in the state assembly. Along with former cricketer Harbhajan Singh, party leader Raghav Chadha, IIT Delhi Professor Sandeep Pathak and industrialist Sanjeev Arora- all five winners will now have a term of six years in the Rajya Sabha. 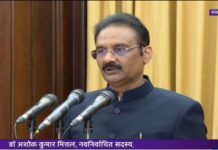 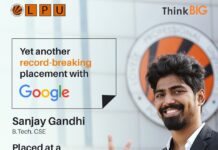 LPU Verto placed at Google LLC, setting benchmarks for others to follow! 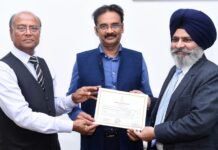