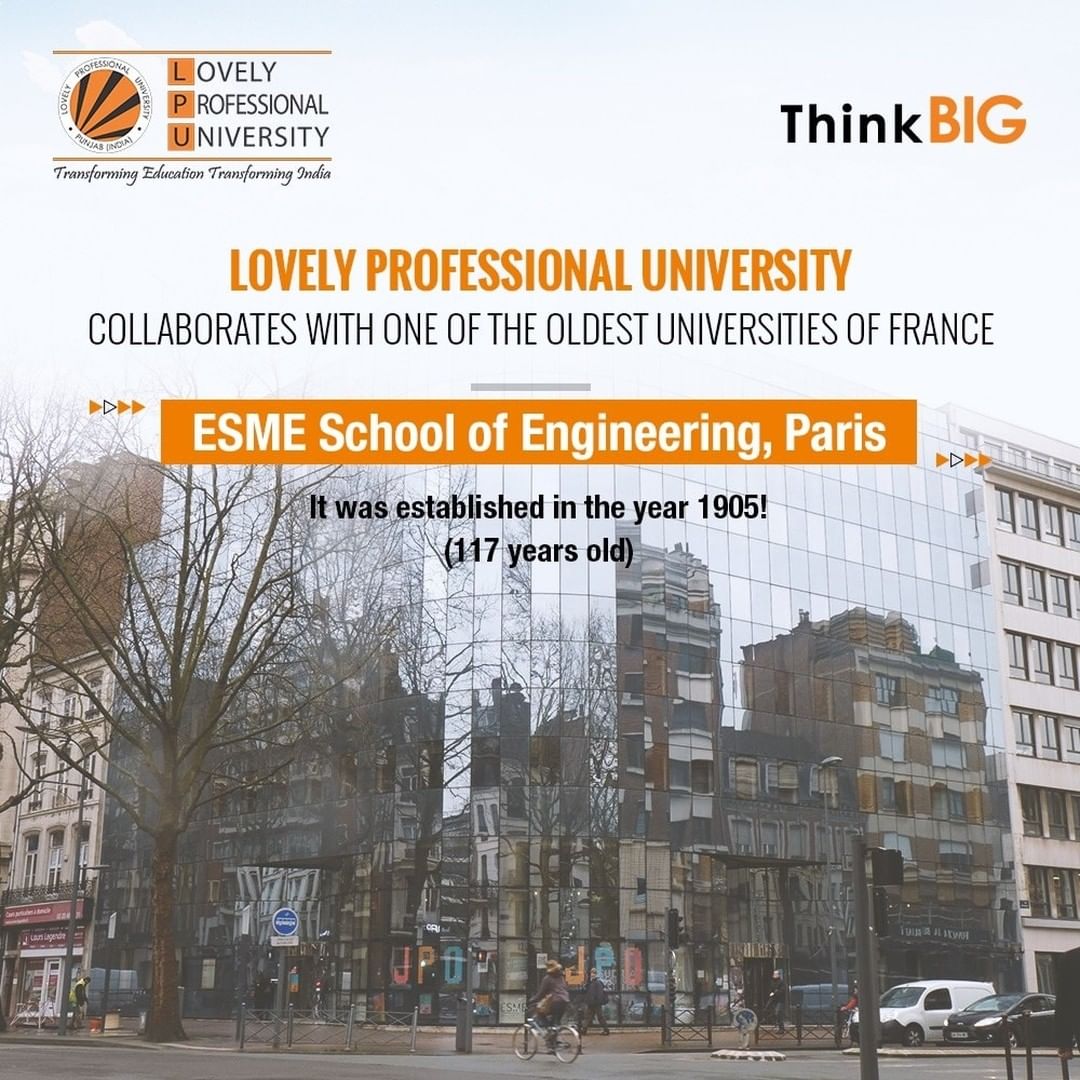 Lovely Professional University, the pinnacle of higher education in India, in its one-of-a-kind initiative to band together with elite institutions across the world, has allied with École Spéciale de Mécanique et d’Électricité (ESME) Sudria School of Engineering, Paris, one of the oldest and the most revered universities of France serving the human civilization for more than a century, to be precise 117 years!

ESME Sudria School of Engineering is ranked among the crème de la crème in Europe and is known for pluridisciplinary breakthroughs, especially in the fields of energy, electronics, and software engineering.

France has served as the modernist vanguard when it boils down to technology & fashion and has also been succouring the demands of a global consumer market. Starting from your phone’s camera to calculators to Aspirin for your headache, France’s contribution is not something you could gloss over, and it’s also the host of one of five major fashion events, which’s the Paris Fashion Week. Collaboration with a century-old university, which has been in existence since the late eighteenth century, witnessing French domination, reorganization of continental Europe (the Napoleonic Wars), and the Napoleonic Code, would mean Vertos have now access to life-changing experiences, opportunities, and exposure that could potentially transform their educational journeys.

Engagements with internationally renowned universities are imperative to creating a global impact. Keeping that in mind, it’s not the first time Lovely Professional University has collaborated with elite universities. Due to persistent efforts by the management, such collaborations are made possible every so often. The University of Pennsylvania (Ivy League, 1740 USA), Research Institute for Humanity and Nature (Japan), Nottingham Trent University (1843 England), to name a few, nevertheless Lovely Professional University has collaborated with hundreds of other universities across the world so that Vertos can leverage the student exchange, semester abroad, international seminars, and joint research programs organized throughout the year! 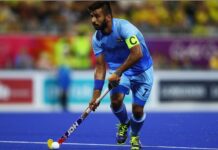 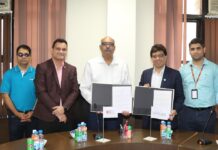 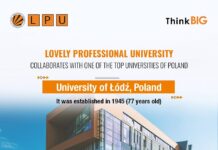 LPU collaborates with the University of Lodz, Poland