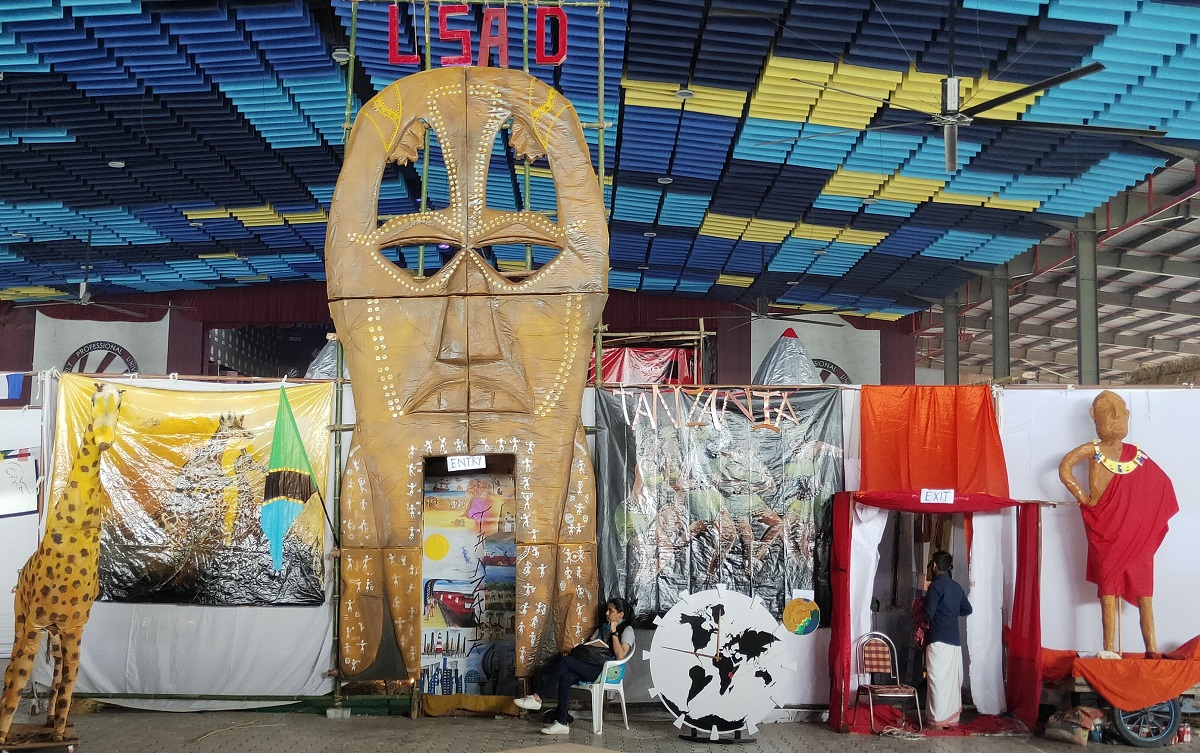 ONE WORLD had its decade celebration this year, thus 10 times more fun than the rest of the seasons. The theme: “Inventions & Innovations: Idea that made the difference” was chosen for ONE WORLD 2019 and was entirely followed by every school and a touch of their own innovating ideas made the event more fun and attractive. 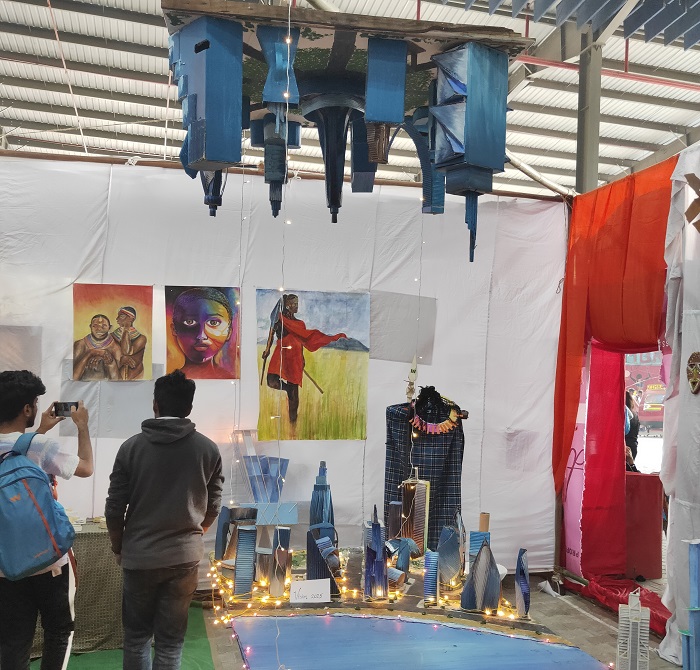 The School of Architecture & Design represented Tanzania at its best. The stall was huge & outside it was an idol of a giraffe & a big Tanzanian mask the entry of the gate. Inside there was the idol of a Baobab tree, replicas of vending machines, a replica of bicycle operated mobile charger invented there and a great city vision for near future showing that they are true architects. 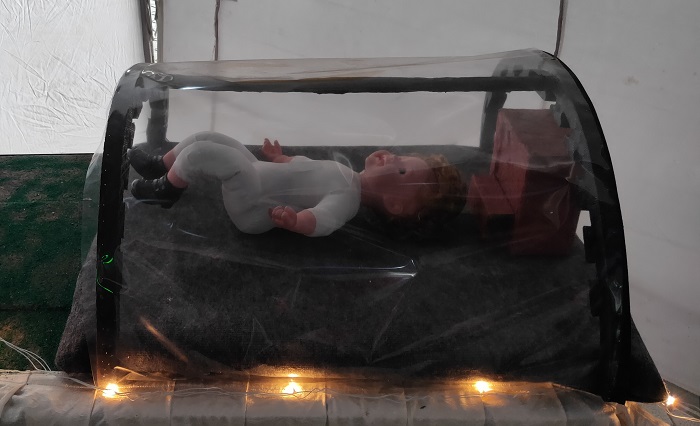 The School of Hotel Management and Tourism presented the second largest country in entire Africa: the Democratic Republic of the Congo. The coordinators presented the inventions from the Congo such as easy incubators, tablet computers, robocop, Ebola vaccine, mercy tape, etc. 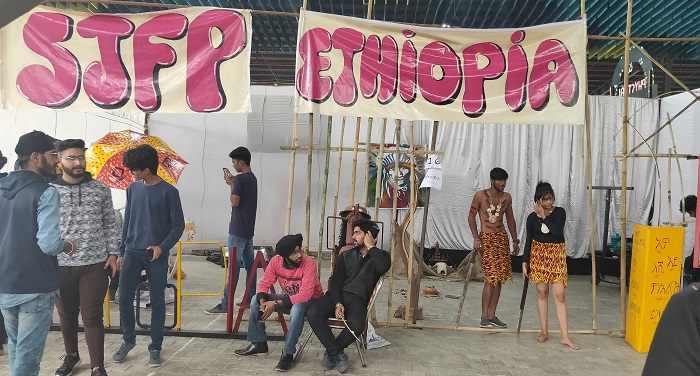 A country full of ancient cultures was represented by the School of Journalism and Film Production. A really good depiction of the dress code of Ethiopia was shown by the members. 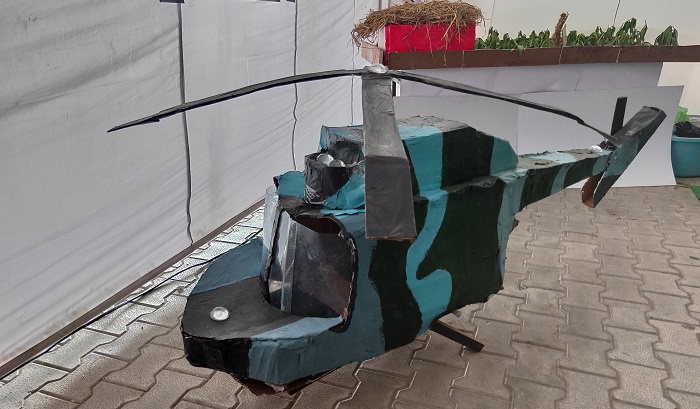 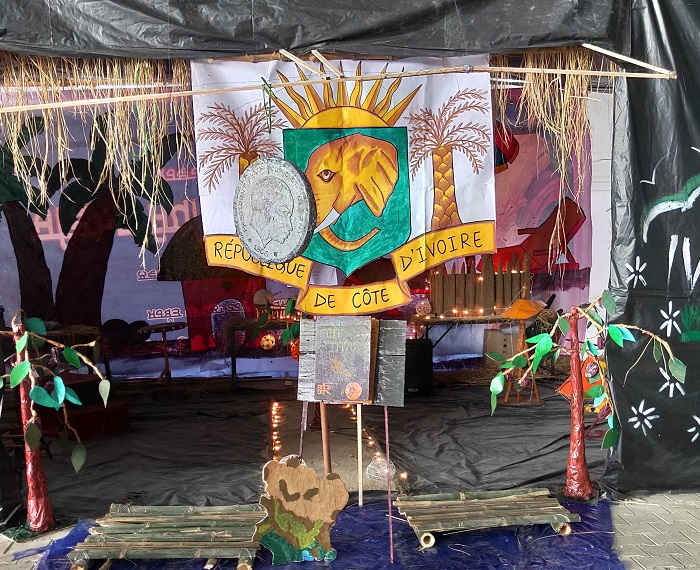 The School of Physiotherapy and Paramedical Sciences presented the world’s one of the largest producers and exporters of coffee, cocoa beans and palm oil i.e. Ivory Coast. They had the poster with elephant and palm tree, both the specialities of it hung on the outside and a big currency coin hanging ahead of it. The stall was spectacular! 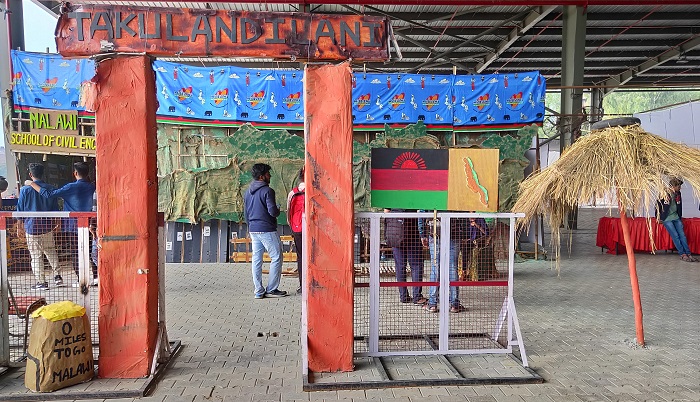 An East African country, Malawi was depicted by the School of Civil Engineering with a fabulous entry and a podium for getting your passport. The country is well known for the smiling and friendly people and so were the coordinators there.

The School of Mechanical Engineering represented the country of the Gambia, known for its diverse ecosystems around the central Gambia River. The coastline with crocodile and other aquatic species and the coconut trees, the multipurpose robot model and the ancient photo printer too were in the showcase of Gambia. 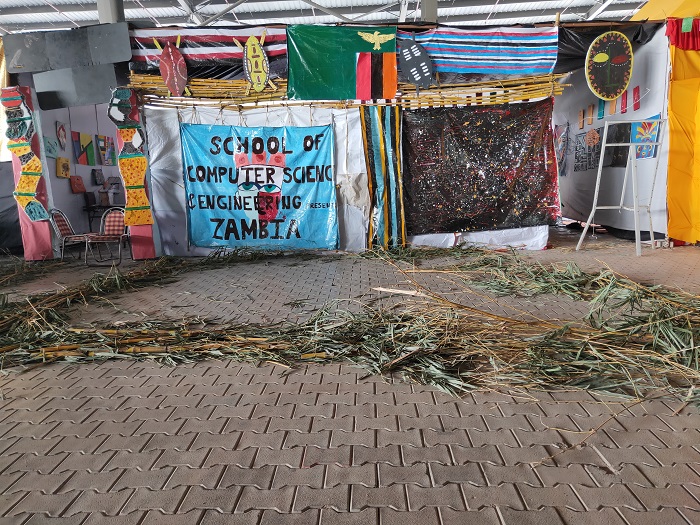 A country well known for its safari and national parks was amazingly presented by the School of Computer Science and Engineering. Their depiction was centred to the inventions of hydroelectricity through Kariba Dam and Steam Turbines. It was wonderful with the models for hydroelectricity, Kafue Bridge, Royal boat, etc.

Sudan, a country in North Africa bordered by Egypt was presented by the School of Electronics and Electronic Engineering. They represented the best innovation of Sudan’s in the agricultural field i.e. Centre Pivot Irrigation with the Nile River coast the central channel.

Best competitive programming websites that can fetch you a job in...