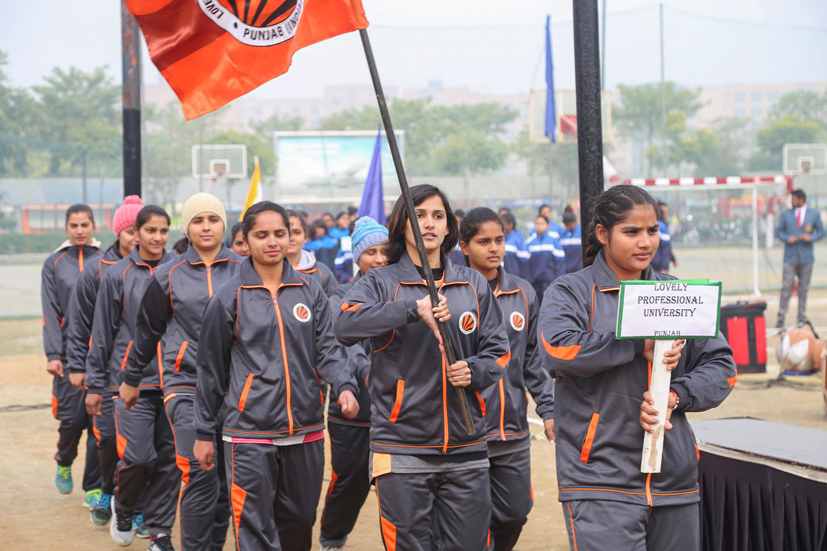 All India Inter University Women Handball Championship 2017-18 began on 5th January 2018 at Lovely Professional University. Talented 224 women players from 16 Indian Universities, who remained at first four positions in four zones, have started displaying their excelling hand-ball skills for lifting Overall Championship Trophy. In all 32 matches will be played at two handball courts of LPU, as per schedule and fixtures drawn by Association of Indian Universities (AIU). The first match of the Championship for Pool D was held between host LPU and LNIPE University Gwalior, where LPU stood winner by beating LNIPE by 17 to 14 goals. The “divings” made by LPU players to score the goals remained the highlight of the day. 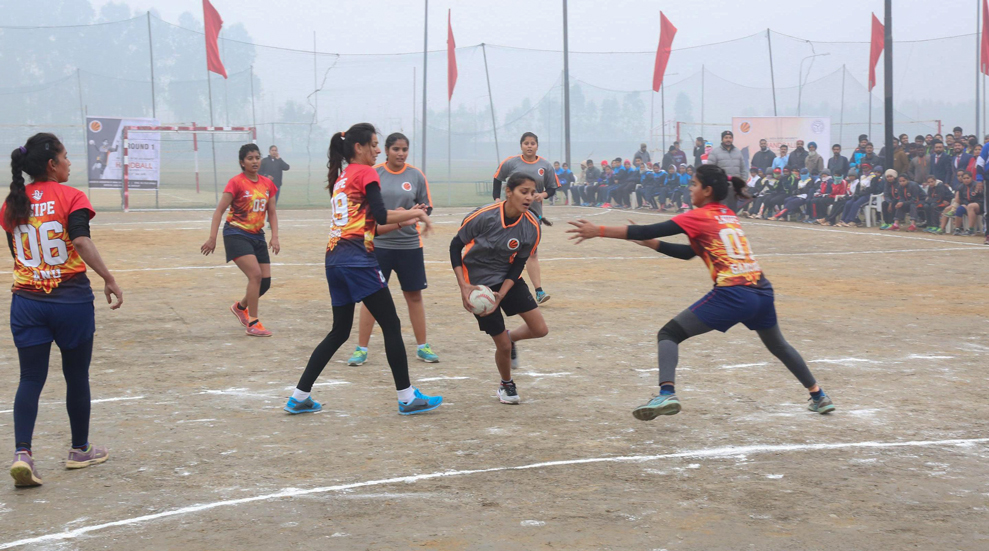 LPU Director General Er HR Singla declared the championship open and motivated all of the women-players and other participants at the championship to show their handball skills to the world. He also congratulated LPU Dean, Division of Student Welfare, Dr Sorabh Lakhanpal and Deputy Director Sports Dr V Kaul and their team for undertaking challenging jobs of organizing such mega-events in a row without any sign of tiredness. AIU Observer Principal Amarjeet Singh Gill informed that entire handball is considered as the fastest game in the world and it has great national and international opportunities for the players. Mr Gill also appreciated the organizing potentialities of LPU and appealed to keep on supporting the sports on more of such bigger platforms.

Captain of LPU team Harsimrat Kaur shared: “I and my team members are very happy to be a part of the game as it is progressing day by day and is recognized worldwide. We want to work so hard for this game that we may be able to represent Indian team on an international level. We know that International Handball Federation (IHF) organizes world championships, with separate competitions for men and women. It is composed of continental federations-Asian, African, Pan-American, European and Oceania Handball Federations-which keep on organizing continental championships. Our mentors at LPU train us on an international level, and now through LPU and India, we too want to hold ‘World Handball Championship’ title as women players of France are holding at present.”