A 120 day-long Cinema Festival organized by the Student organization Pentaomnia under the aegis of Division of Student Welfare, Lovely Professional University rounded off on February 28, 2021 with flying colors. The Cinema Festival has been one of the eternally chalked out as well as most worked on events created by the Pentaomnia Organization under the name of Pentaomnia Pvt. Ltd. What makes this festival a moment to be celebrated is the motto of creating it; the soul initiative was to provide the underrated and extraordinary filmmakers and cinema fanatics with a platform to present their creations before the esteemed Jury Panel.

The festival bought in a plethora of opportunities for the participants, which begins with providing them with a platform to present their works in front of prestigious and well acknowledged filmmakers and ends up with a few of them actually getting chances to perform and work with our Jury Panel and Chief Guests!

The event could’ve been a huge turn down had we not been mentored by Dr Nitin Bhardwaj, Dr Paramjeet, and Sahil Tanveer who plotted the plan for such a large scale Festival. With them by our side, no problem felt real. The luck however is not a part of networking and socializing! And here we were, with our greatest deals of all time, arranging the big names and presenting them before our highly awaiting audience and yet again, no problem was real with the efficient team Pentaomnia by our side. Our worthy sponsors, iPicture Productions, Ramaz Music, Uptown Skylla and Gyanopedia are to be given no less credit for making this event happen as arranging the goodies worth 30K wasn’t our cup of tea all by ourselves.

The journey of this festival has been a year long and it brought spectacular learning to the team as well as the participants. We got to associate with highly acclaimed production houses like AMPM TV, ipicture Production house and many more. The august platform for the festival was provided by Film freeway and in no other way it could be possible to thank them enough for this opportunity.

The deserving winners received their awards in various categories namely, Best Foreign Short Film (The Break of Life), Best Experimental Short Film (Time’s up), Best First Time Filmmaker (Agamre), Best Student Short Film (Sleep Well) and Best Short Film (Kukli). The festival however has reached its end point with the motive of learning, exploring and motivating the creative ideas within the filmmakers fulfilled and also plans to initiate another similar project very soon for the upliftment and enhancement of networking and carving new roads to success for creators. Stay tuned!

About the Author:
Shahid
Founder and CEO, Pentaomnia 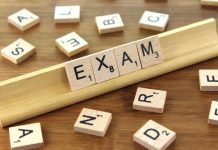 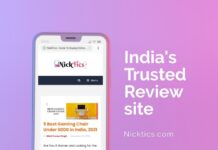