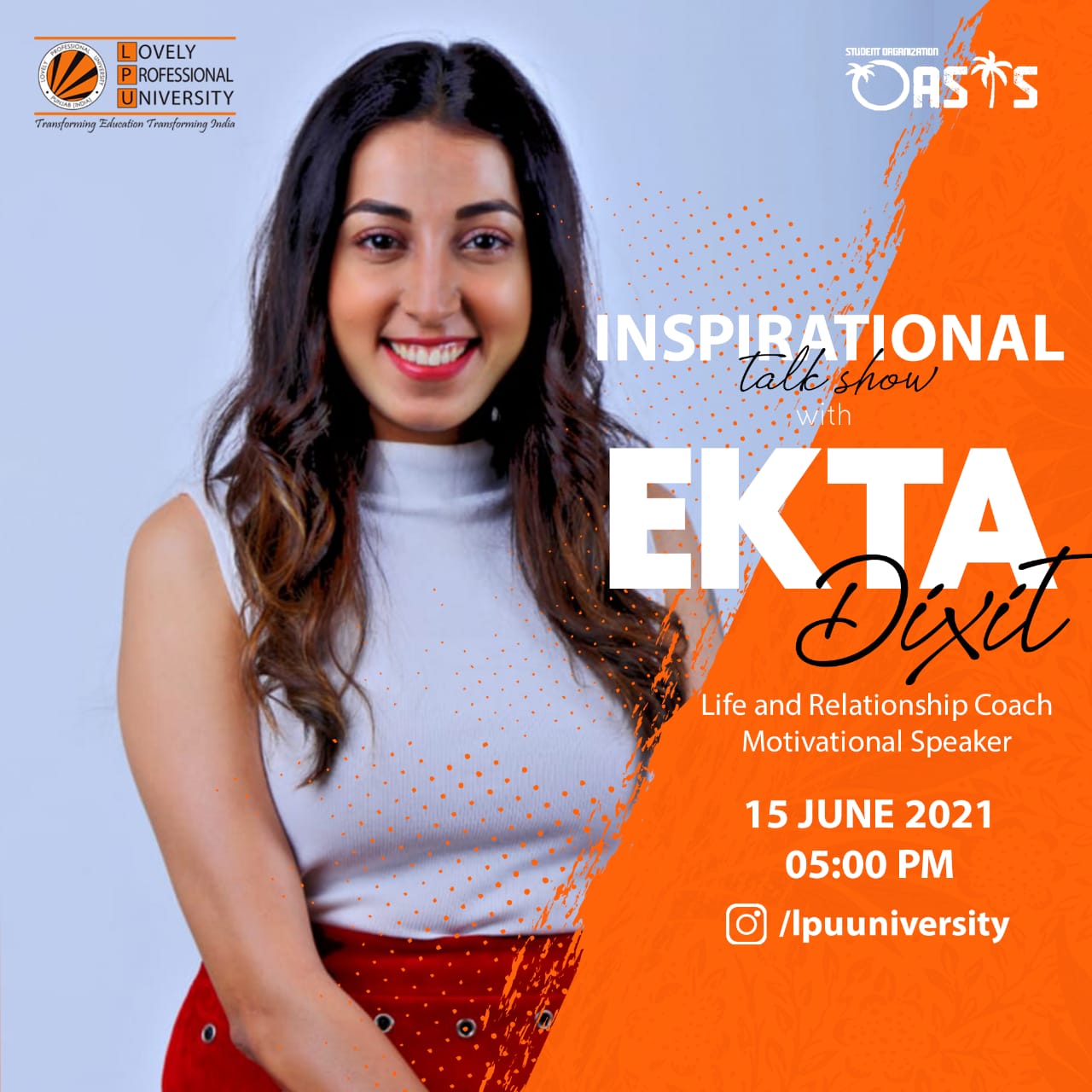 Ms Ekta Dixit, Life and Relationship Coach, Motivational Speaker, and Transformational Strategist, made her beguiling presence to embellish the vertos of Lovely Professional University on 15 June 2021 in The Inspirational Talk Show organized by the Student Organization OASIS.

In the beginning, she elaborated on the scenario and the reasons behind the mental breakdown during this pandemic. She also shares her thoughts on why everyone faces depression and anxiety due to less social interaction in life. But at the same time, being pretty assertive, she suggests that we cannot control and change things, so it’s better to accept it and make the best of it instead of feeling anxious about it. She then shares one of the essential tactics with vertos: approaching and dealing with mental health issues. She says, “Firstly, you have to ask yourself what areas are causing you this issue, and secondly, what you can do about it.”

Then she highlights and explains the importance of believing in yourself and overcoming self-doubt in this competitive era. She mentions the essential requirement of any successful relationship is accepting each other’s goals and uplifting each other besides the specific differences. She even adds that the core foundation of any relationship is understanding, honesty, and loyalty. In a relationship, you can’t associate someone’s opinion and experience with yours.

She narrated her teenage experiences and her support system to deal with them. She considered one of her habits as best was self-evaluation in every scenario of life. She believed that the present is the result of the past, so it’s better to take a lesson. Addressing a few red flags for a relationship, she adds a lack of verbal respect and integrity, constant manipulation and controlling behaviour. One of the significant green flags of every relationship is accepting each other as you are.

She even suggested three excellent books to vertos for reading:

Later during the session, she mentioned the need to communicate the goal of the relationship. She said, “It’s better to fall in love with a person’s attributes and behaviour than just with the physical appearances for a long-term relationship.” At the end of the session, she quoted, compatibility is better than chemistry in a relationship every day to avoid emotional turmoil, heartbreak, and crying spells in the future. The relationship is a tailor-made thing, so there is no shortcut in developing it.

A message for the vertos by Ekta Dixit:

“Work on your skill, learn the art of communication, consume valuable and good knowledge and don’t run just behind monetary benefits,” with the ultimate aim of getting yourself better every day. 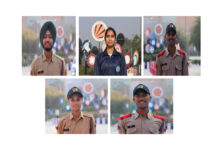 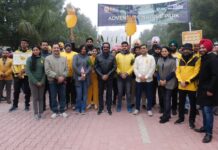 The Art of Self-Discipline

A Letter Dedicated to My Summer Self