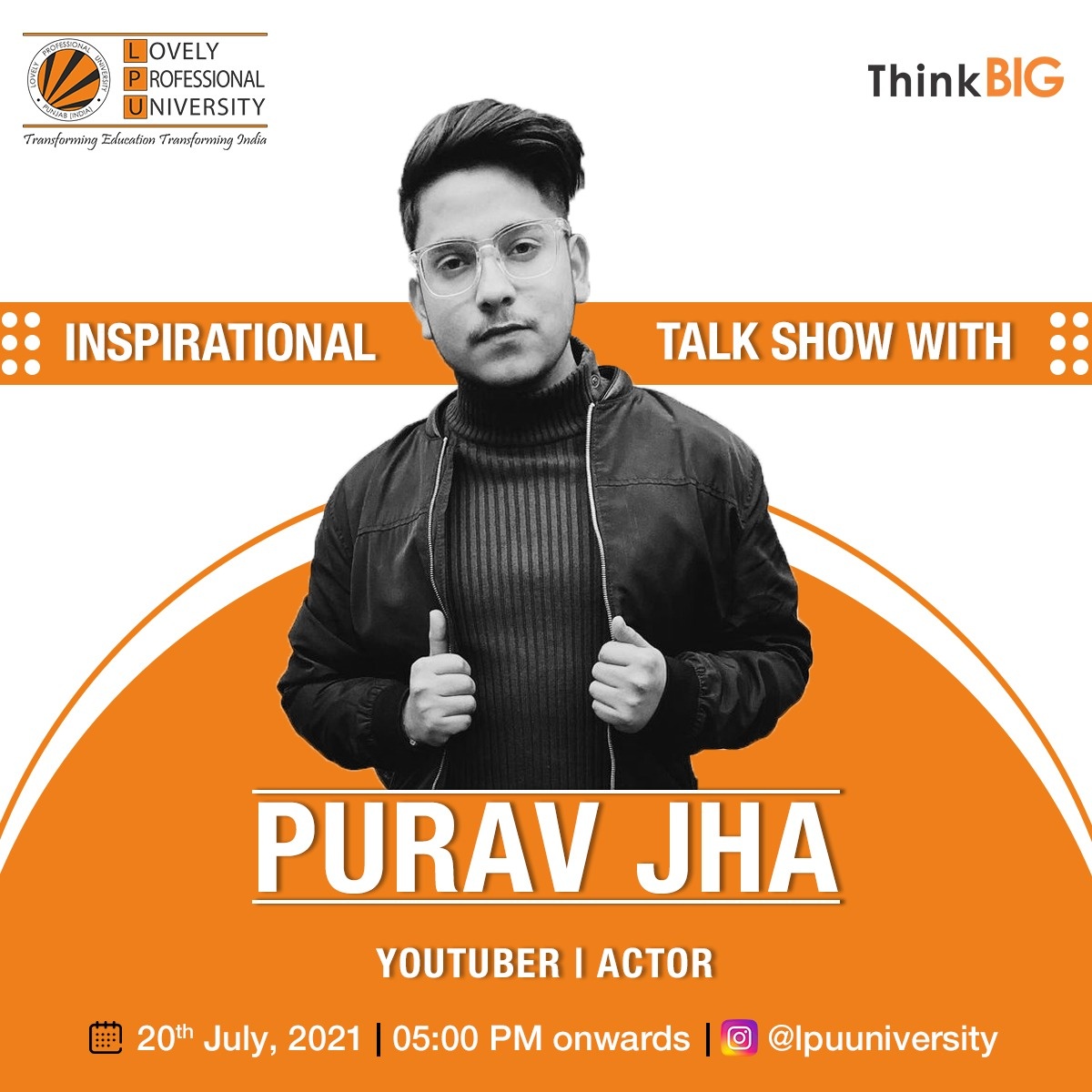 You might have watched videos of Harsh Beniwal featuring Purav Jha on YouTube which is always a pleasure to watch. We had an opportunity to speak with Purav Jha, he hails from Bihar and is one of the teammates of the Harsh Beniwal. He is an actor, social media influencer and even helps in writing scripts for YouTube videos of the same. Student organization ‘The motion man‘ under the aegis of Student organization cell, Division of Student welfare LPU organized this “Inspirational talk show“. This talk show was live on the official Instagram handle of LPU on 20th July 2021 at 5 pm.

Our host came up with an interesting set of questions starting from childhood to career plans. He shared some of his fascinating incidents from childhood. Growing up, Purav Jha wanted to become a pilot but his inclination towards acting increased during his eleventh standard when he got exposed to TikTok. He asserted that he was following many YouTubers but Harsh Beniwal was his idol from the start. Though it’s a common saying that never meet your idols as they always fall short of your expectations. But in this case, it was contrary. Purav was dedicated and passionate to work with his idol, his proactiveness and dedication caught Harsh’s eye and after putting in tremendous effort, he got the chance to work with him. He did his first YouTube video “School PTM” with Harsh Beniwal back in 2019 and has since been working with him. Harsh is like an elder brother and guides him on every step as he joined his team while he was young.

Initially, only his mother supported him while his father was not supportive and wanted him to quit and focus solely on his academics but after observing his passion, he was on board too.

For Purav Jha, the lockdown period was quite fruitful as he was able to devote more time to himself. It gave him a lot of time to introspect and he discovered new things, like areas where he can improve and work on, and even found time to read books and watch movies.

He believes in being optimistic and focused on his career and will soon feature in “Who Killed Jessica?” very soon on their YouTube channel ‘ Harsh Beniwal’. So stay tuned!

To sum up, the audience would have learned a little bit more about him. He inspired our vertos with his kind words and conveyed that we should do everything with our heart in it. Don’t let other people decide your dream, don’t get stuck in the rat race, find your true potential, and work towards it. You need to believe in yourself that you would excel in what you do.

“To be a great champion, you must believe you are the best. If you are not, pretend you are.” – Muhammad Ali 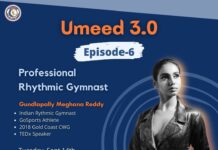