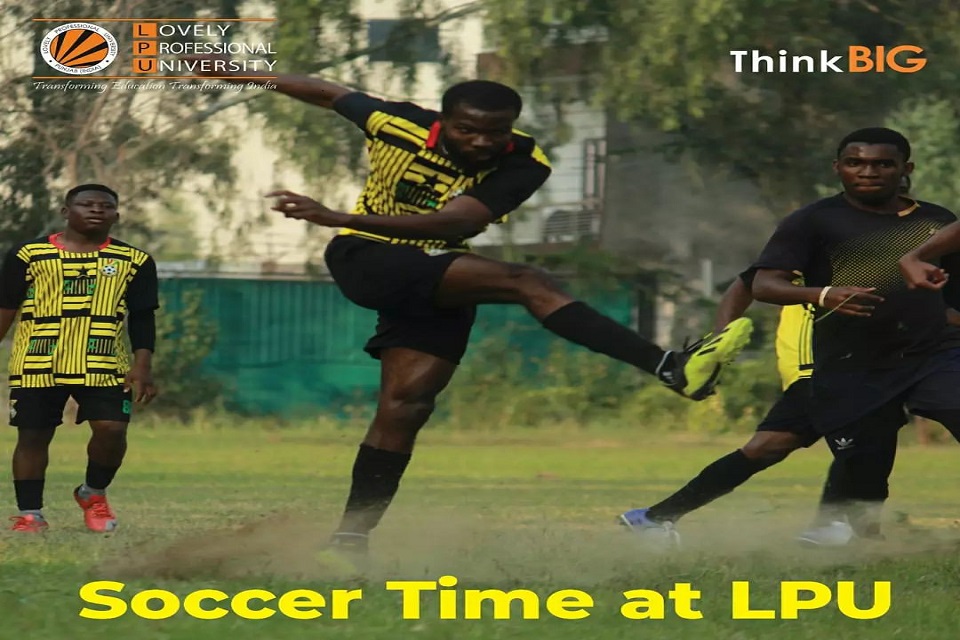 Watching and participating in sports is an adrenaline-inducing activity, which makes it a very interesting and entertaining genre in its own right. Football is the most widely played sport on the planet, with around 3.5 billion fans around the world. It is fascinating, thrilling, and exciting to watch, and it is a pleasure listening to the commentary.

LPU’s soccer season has begun. On one of the university’s fields, LPU recently staged a soccer competition amongst international students who were studying at the university. Students from nations such as Ghana, Liberia, Zambia, Namibia, and Afghanistan were up in large numbers to see the match.

Almost every other country in the globe participates in, teaches about, and engages in football in some capacity. As a result, the game has a large student base, which results in a large number of players being developed. Because there are several teams and each team has a unique style of play, the units are extremely competitive with one another. The Players and their fans are on their toes during a match.

When it comes to assessing the popularity of a game, the attraction of the game is critical. Football not only has universal appeal, but it also appears to be a very inexpensive sport for novices. Children will be gathered around the playground for a fast football match, which you will generally notice. You should be aware that you may play this game in any weather condition, which is interesting. It may be played in the rain, during the summer, during the winter, and even when the field is flooded. As a result, players have a sense of belonging and can participate whenever they wish.

Fans are always enthusiastic about their games, whether they are at home or in the stadium. The success of the game is solely dependent on the number of dedicated and enthusiastic fans who take the game personally and seriously.

The year 2022 proved the most eventful year for LPU

Was 2018-19 the most entertaining Premier League session ever?

LPU is Organizing “African Football Championship” for Its International Students