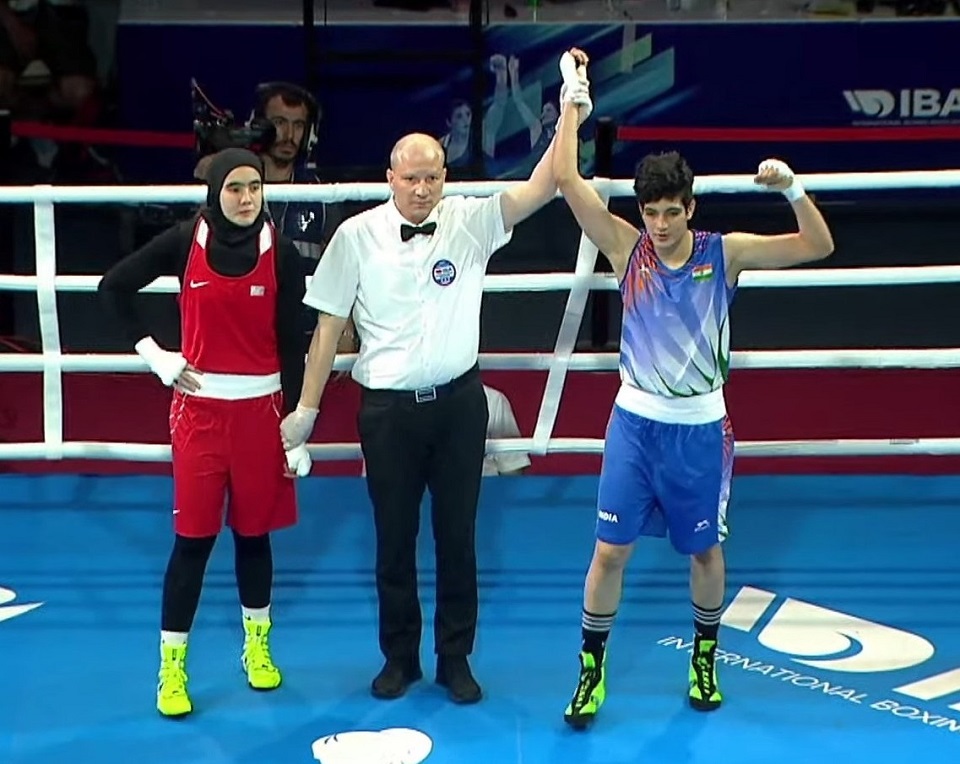 A woman-boxer at Lovely Professional University, Parveen (63kg) has confirmed a top medal at ongoing International Boxing Association (IBA) Women’s World Boxing Championships 2022 in Istanbul in Turkey. Assuring her first World Championships medal by reaching its semi-finals, Parveen won over Shoira Zulkaynarova of Tajikistan. She will now be up against Ireland’s Amy Broadhurst in the semi-final, with her fierce punches and hooks.

Parveen initially seemed hesitant but as the time ticked, she attacked her Tajak opponent to notch up a memorable win at IBA Women’s WBC 2022. World Boxing Championships will conclude on 20th May, 2022, where top 310 woman-boxers from 73 nations are participating.

Prior to quarter-finals, LPU’s two boxers Parveen & Jaismine had been continuously registering victories against their respective opponents at International Boxing Association’s (IBA’s) 12th edition of the Championships. Representing the Indian squad, both of these LPU boxers did enter the quarterfinals of the championship with possibility of top winnings for the country.

Parveen (63kg) had displayed her attacking competence to out-punch former Youth Olympic champion Jajaira Gonzalez of USA 5-0. Parveen had played a smart game throughout the bout and preferred to play the waiting game.  She landed straight punches on getting the opening. Jaismine (60kg) too thrashed Australia’s Angela Harries. Her bout was so fierce that the referee was forced to stop the contest in the very first round itself. However, Jaismine could not make it to the semis. Jaismine fell short of securing a medal on her debut appearance at the world event after enduring a 1-4 loss from 2019 World Championships bronze medallist Rashida Ellis.

Congratulating LPU’s internationally renowned woman boxer; LPU Chancellor Dr Ashok Mittal shares: “Along with academics, sports activities are equally important for any of the educational institutions. We have always preferred to let LPU students grow as all-rounders. Olympics winnings by Neeraj Chopra & others, and 51 medals to LPU at Khelo India Games say a lot about this all. We now anticipate more addition of medals to this pool through our sportsmen-women in near future.” In fact, the 2022 IBA Women’s World Boxing Championships is anticipated to bring bright results in favour of LPU-Indian boxers.

9 Snapshots That Portray The Striking Beauty Of LPU Campus