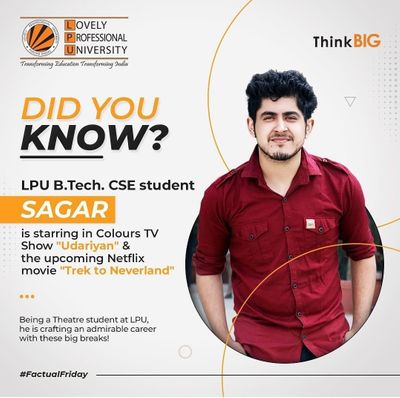 The cultural department has always been a strong zone for the students of Lovely Professional University who have moved forward and got featured in various regional shows and movies along with a few web series on online watching platforms like Netflix. As every time, LPU has proved to be a backbone to the students and fulfill their dreams and emerge their talents in the best way possible. LPU Theatre Society of Division of Arts and Culture has produced numerous talents to the acting world and shoved new light on their future.

Likewise, another student of LPU being a part of the Theatre Society has been featured in a TV show recently. Sagar, a student of B.Tech. CSE, also a member of the LPU Theatre Society of Division of Arts and Culture as mentioned above has been featured on the show “Udaariyan” on Colors TV. He has been working beside famous lead actors of the show including Ankit Gupta (as Fateh Singh), Isha Malvia (as Jasmine), Karan Grover (as Angad and Arjun Maan), Priyanka Choudhary (as Tejo), Kamal Dadiala (as Satti Kaur), Abhiraaj Chawla (as Abhiraaj), Taavish Gupta (as Dilraj), Raman Dhagga (as Rupi), and Amrit Chahal (as Lovely Kaur).

Udaariyan is a Hindi and Punjabi daily soap streaming on Colors TV since 15th March 2021 which has been produced by the popular actors and couple Sargun Mehta (the lead actress of movies “Qismat” and “Qismat-2”) and Ravi Dubey (the lead actor of daily soap “Jamai Raja” and “Matsya Kaand”). The screenplay is done by Ritu Goyal and Rachel Navarre and dialogues are written by Rajesh Chawla. The story has been written by Romit Ojha and Mitali Bhattacharya and it is directed by Uttam Alhawat. This show also holds a cameo of the current winner of the Miss Universe 2021 title, Harnaaz Kaur Sandhu before she participated in the contest and got crowned.

Sagar has always been very passionate about acting and had dreamt of airing on TV making his dream come true. He joined the theatre classes of LPU which he believes to be the reason behind his success as a regular practice and proper guidance is what made him shine today. Not only this but he also will be seen in an upcoming show on Netflix named “Trek to Neverland” and has also worked in a Punjabi feature film “Youth Festival 2022” alongside famous Punjabi actress Nirmal Rishi. We hope the best for him and may he fulfill all his wishes and become a big star one day to make all of us proud! 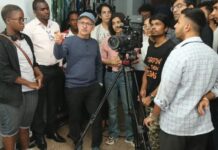 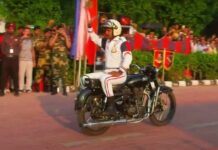 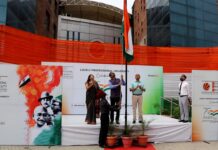 Glimpses of International Conference on Functional Materials, Manufacturing, and Performances