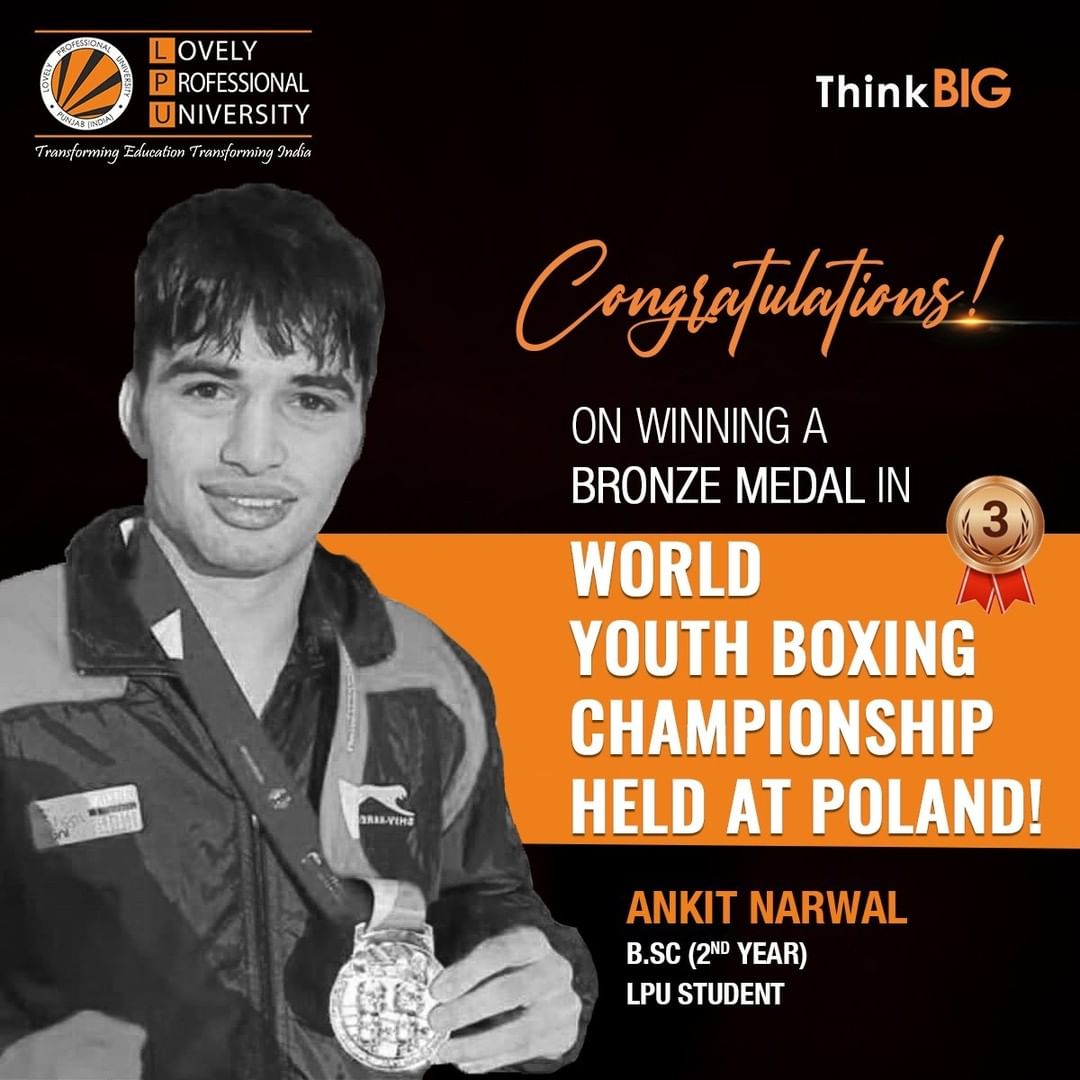 Lovely Professional University’s Verto Ankit Narwal won boxing bronze in AIBA Youth World Boxing Championship 2021 held in Poland! He performed his finest at the Marquee event, a stark reminder that our nation’s future is vivid. One of the three bronze medalist athletes competing, Ankit Narwal (64Kg), was short of the golden target, but he exhibited serious potential and incredible athleticism.

Ankit Narwal is currently a second-year Bachelor of Science (BSc) student at Lovely Professional University. The 18-year-old, who hails from Haryana, began boxing at a young age. Ankit’s love for boxing stems from his father, Sahab Singh Narwal. Sahab defied all the odds by introducing boxing to several admirable athletes, including Manju Rani, who won a silver medal at the Strandja Memorial Boxing Tournament in Bulgaria in 2019. He owns a tiny piece of land, and the only motivation that gets him going is to see the boxers doing well.

The pandemic scenario of COVID-19 has locked the chamber of opportunities for everyone. For teenagers like Ankit, who were training for this tournament for the past six months or so, the lockdown was no different. He had no idea whether or not the match would take place. He trained at home, but his training speed could not help him do well in a world championship tournament. At home, he was bound to put on weight which he couldn’t help. He had to go through a complex process, but in the end, he defied all the odds and, everything was worth it. Currently, he aims to mark his presence at the 2022 Commonwealth Games (The Birmingham 2022).

We congratulate Ankit Narwal for his outstanding achievements and wish him luck in his future endeavors.