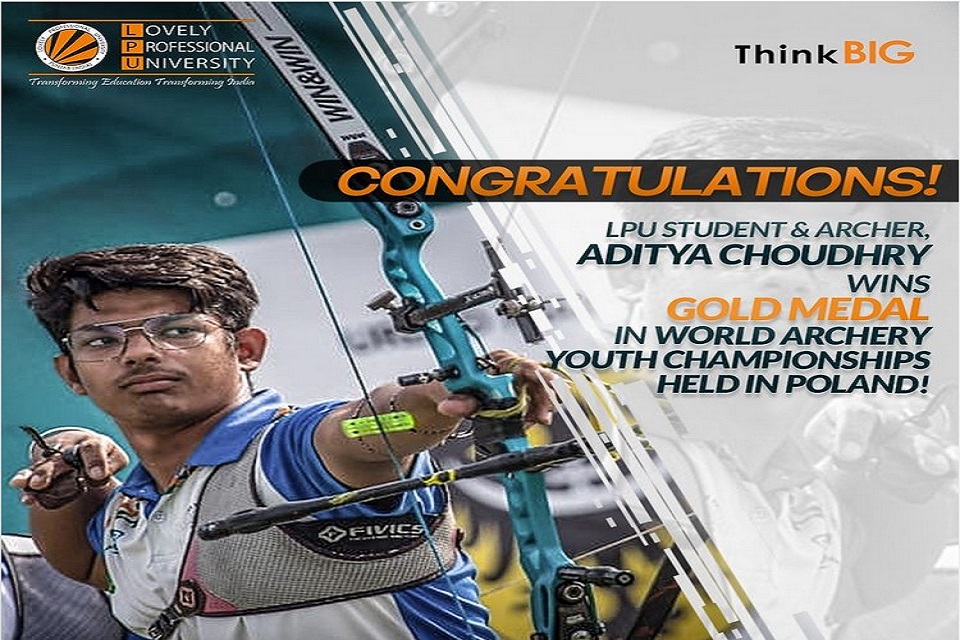 LPU student and archer Aditya Choudhary, who is pursuing Bachelor of Arts, has won Gold medal in World Archery Youth Championships, Poland. Aditya Choudhary was part of U21 men’s recurve team final. Aditya along with his teammates Dhiraj Bommadevara and Parth Sushant Salunkhe defeated Spain with a score-line of 5-3. The trio faced stiff competition from the Spanish archers. Spanish archers dominated the first two rounds. Trailing 2-1 Indian archer made a remarkable comeback winning in consecutive sets thereby clinching gold and glory to the nation.

Honorable Sports Minister Anurag Thakur interacted with the winners of the World Archery Youth Championships during an event that was held on Tuesday.

The World Archery Youth Championship is an international archery competition, held in alternate years since 1991. There are events in cadet and junior categories using recurve and compound bows. Target archery involves shooting at stationary circular targets set at specific distances. Archers shoot up to a distance of 70 meters (for recurve) and 50 meters (for compound) in standard competition.

LPU CSE grad fetches an offer of Rs 31 Lakhs at...