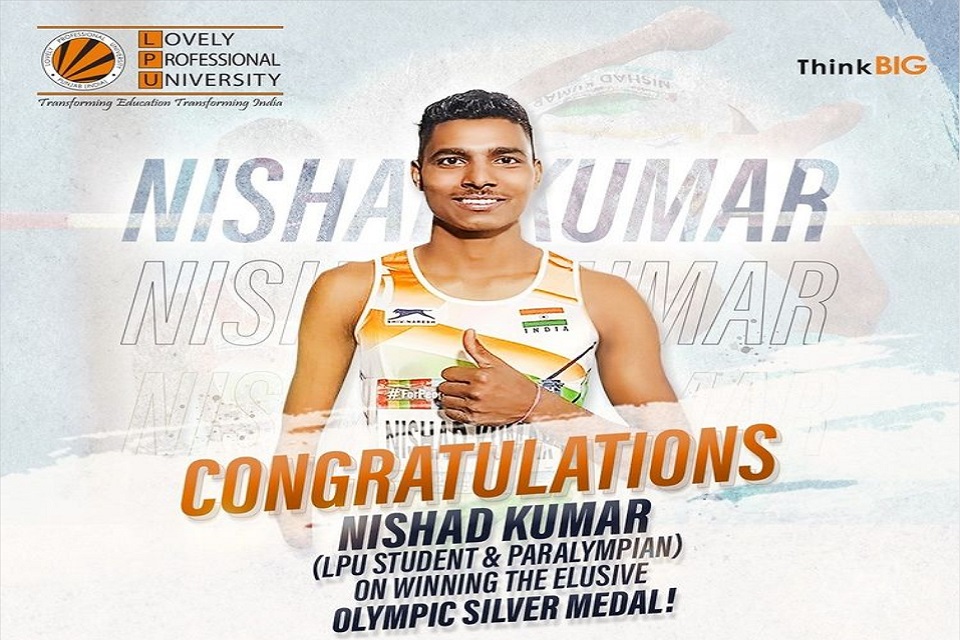 On Sunday, LPU student and Paralympian high jumper Nishad Kumar jumps to glory and won a silver medal in the men’s high jump T47 event at the Tokyo Paralympics 2020. He made a jump of 2.06m and also went on to create an Asian record.

Nishad Kumar had won a gold medal in the men’s high jump T46/47 event at the Fazza World Para Athletics Grand Prix in Dubai earlier this year. He began competing in para-athletics in 2009. This was India’s second medal of Tokyo Paralympics 2020 after Bhavinaben Patel won a silver in the women’s singles table tennis event on Sunday, 29 August.

Biggest congratulations to the fierce Paralympian on setting this commendable benchmark and making India proud! LPU has announced cash rewards for its students who win a medal at the Tokyo Olympics.