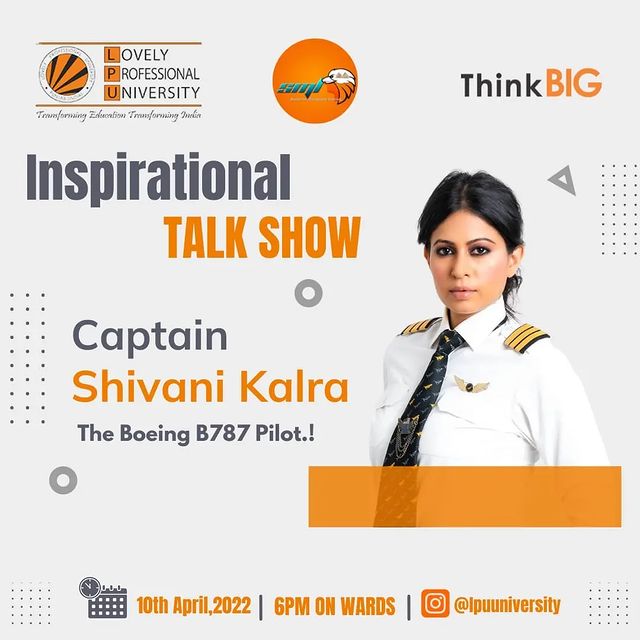 At times a good session with someone rousing and moving assists us with settling our undecided sentiments and assists us with refocusing. A very relatable and inspiring session was recently organised by the student organization – Society for Management Learning, under the aegis of the Division of Youth Affairs, Student welfare wing at Lovely Professional University, with none other than Captain Shivani Kalra.

Shivani Kalra is an airline Captain at Air India Limited known for her grit in executing the mission GANGA. She was one of the pilots participating in Operation Ganga. She valiantly flew a clearing trip to bring understudies back from a war-struck Ukraine. Undoubtedly she has broken all the barriers and made a mark in a men-led field as a renowned pilot. She began flying for Air India in the year 2018 and hasn’t stopped since.

Operation GANGA was aimed to return Indian students trapped in Ukraine’s conflict and was successfully completed by bringing more than 20,000 people back to the country. A total of 90 flights were arranged solely for the execution of the mission. With her “duty comes first” motto, she magnanimously partook in the activity. A woman with wings and courage Captain Shivani helped safely evacuate students from Ukraine with other members of Air India, who had taken shelter in Romania and Hungary after fleeing Ukraine. Despite having her brother’s wedding at hand, as a  pilot she zeroed in on the children and their families rather than anything else.

Wearing her heart on her sleeve, she is always up for an adventure and lives traveling around the world which also happens to be a part of her job. On being asked about her decision to choose aviation as a career Shivani mentioned the support and guidance she received from her family. She specifically mentioned how a small letter that she wrote in her childhood was the harbinger of success and her career in her later life.  She told about how her parents supported her throughout her journey, though the society is generally inclined toward the marriage of girls as early as possible. She guided the students by mentioning how one needs to run one’s mind or multitask at various latitudes, cut off distractions and understand oneself, as all this will help us channel our energy in the right direction. She referenced her struggle when she was unemployed for 8 continuous years and despite that she never left hope and survived.

In order to be career-focused, we want something enough to have a firm hold on it. It is only determination and consistency which will cater us with success. We wholeheartedly thank Captain Shivani Kalra for guiding us and the million others and wish her good luck. 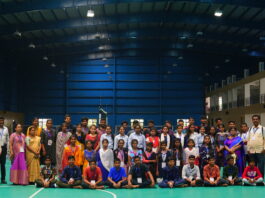 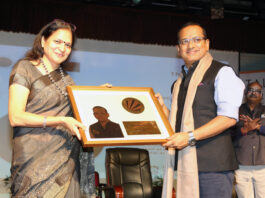 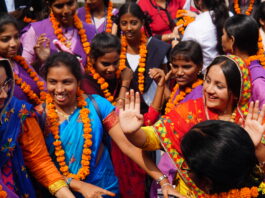