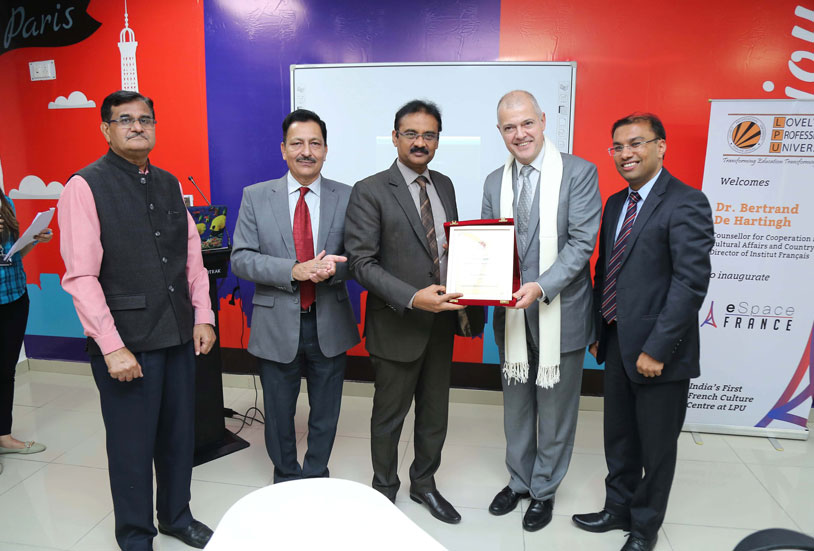 Lovely Professional University has emerged as India’s first University to open ‘eSpace France Centre’ at its campus for French studies and activities. The newly inaugurated centre is to become the key centre in India for French activities- be these cultural, languages, education, or diplomacy. With this, a momentous relationship- milestone with the French Government has been established by LPU, in a very short span. Highlighting, bilateral educational cooperation between India and France has grown over the last few years. Both have established a ‘Consortium’ of Indo-French Universities to increase educational cooperation. Around 300 MoUs have been signed between Indian and French universities. Opening of ‘eSpace France Centre’ at LPU Campus will further strengthen such a co-operation between two strong nations. In fact, LPU already has a strong relationship with French universities and institutes including IMT Lille, EPF, ISEP, ESIGELEC, Nantes and more. 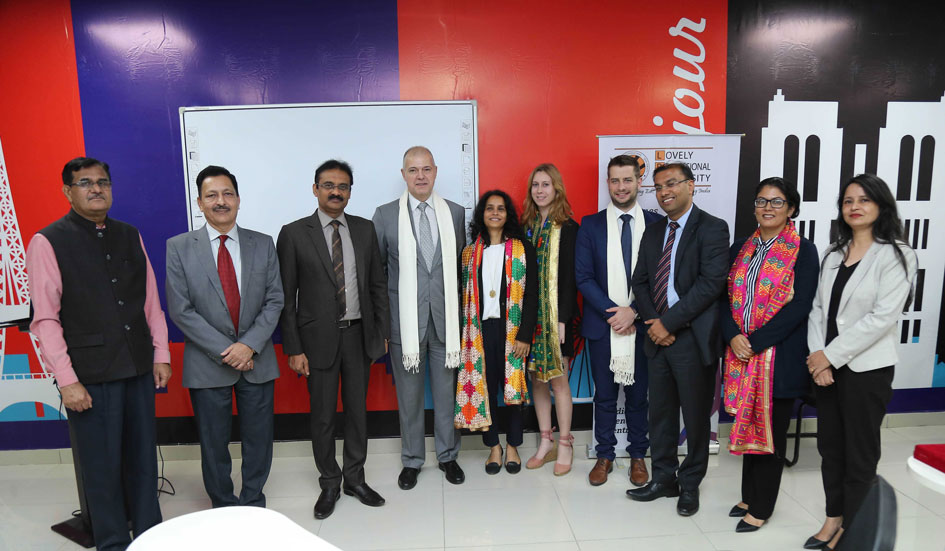 For the inauguration of the centre at LPU, five-member French delegation was led by Counsellor for Cooperation and Cultural Affairs and Country, Director of Institut Français Dr Bertrand De Hartingh. The delegation included Director, Institut Français Chandigarh, Sylvain Chouin; Associate of the Attaché of the book and the debate of ideas of Institut Français Victoria Dobritz; Manager of Campus France Chandigarh Nidhi Chopra; and, Science and Academic Attachée / North and Eastern Region Emilia Cartier. 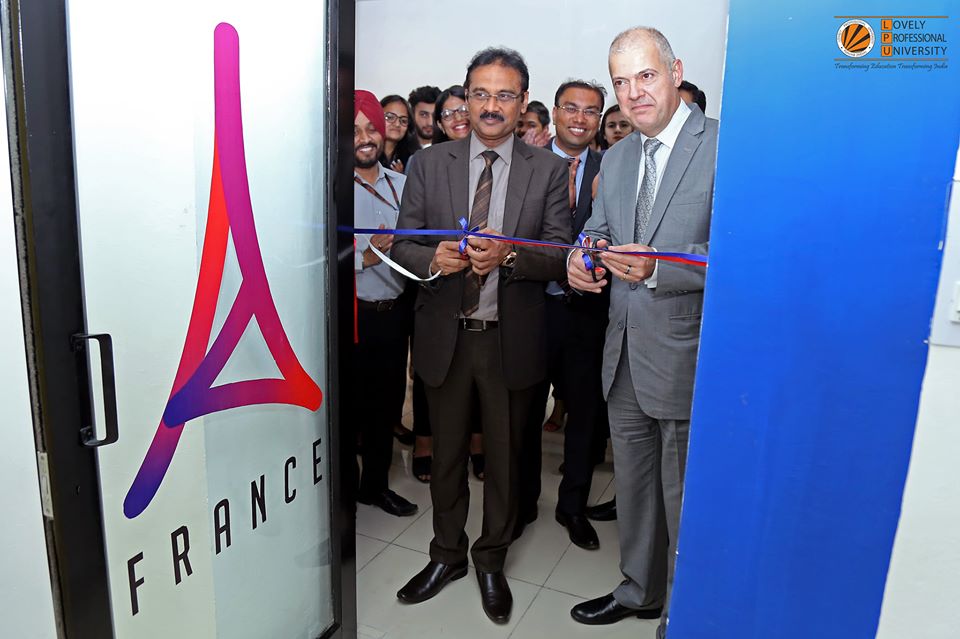 French Language has already been included in the LPU curriculum and is offered as an elective. It is the most popular foreign language among LPU students. It is also the biggest foreign language department at LPU with 5 strong faculty members who have joined LPU from JNU, Delhi University, Mumbai University, Alliance France, and Punjab University. As the French government offers a lot of scholarship and opportunities for those who have good French language proficiency, this centre will certainly benefit more and more students by studying in France. 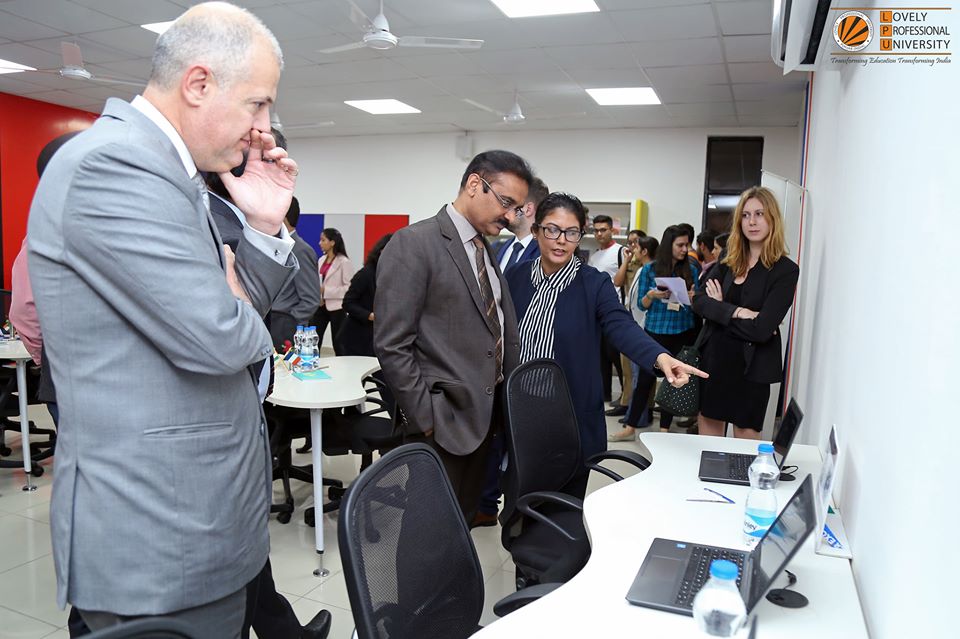 Congratulating both French Delegation and LPU Team of Division of International Relation, LPU Chancellor Ashok Mittal shared: “I am happy to note this important alliance for installing French Centre at the campus. I want to share that many of our students have gone on exchange programs to France and have come back with deeper appreciation and understanding of French education and culture. I am sure this endeavour is par excellence on such lines.” Chancellor also expressed that the way French education is promoted at LPU, a very large target of student flow to France for education can easily be achieved from LPU. 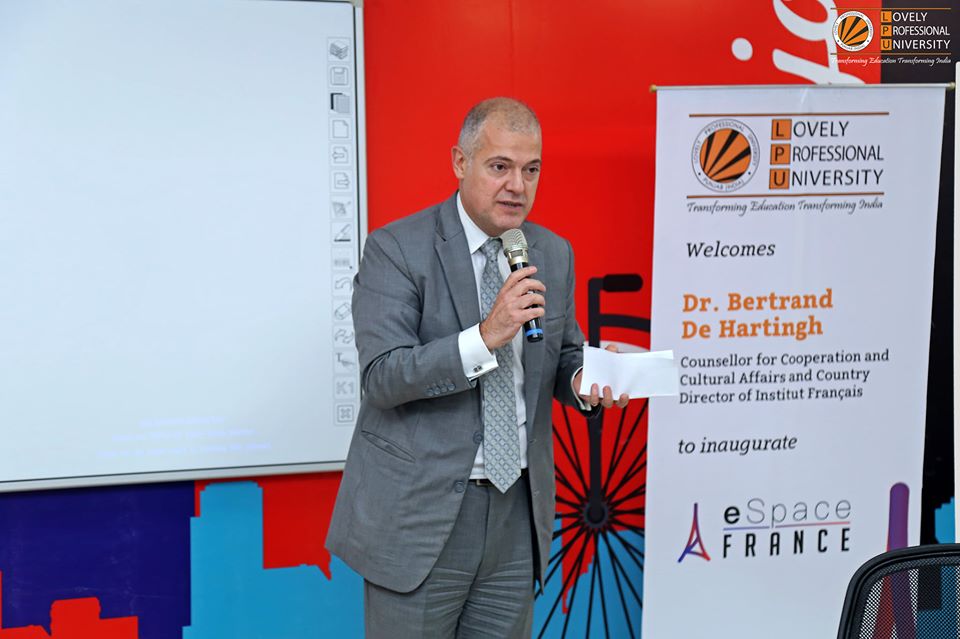 Dr de Hartingh held: “As this centre opens up today at LPU, we are confident that we both collaborators are going to achieve more milestones. My understanding and vision for this centre are to see that this becomes the key centre in India for any French activities -be it cultural, language, promotion of education, or diplomacy. 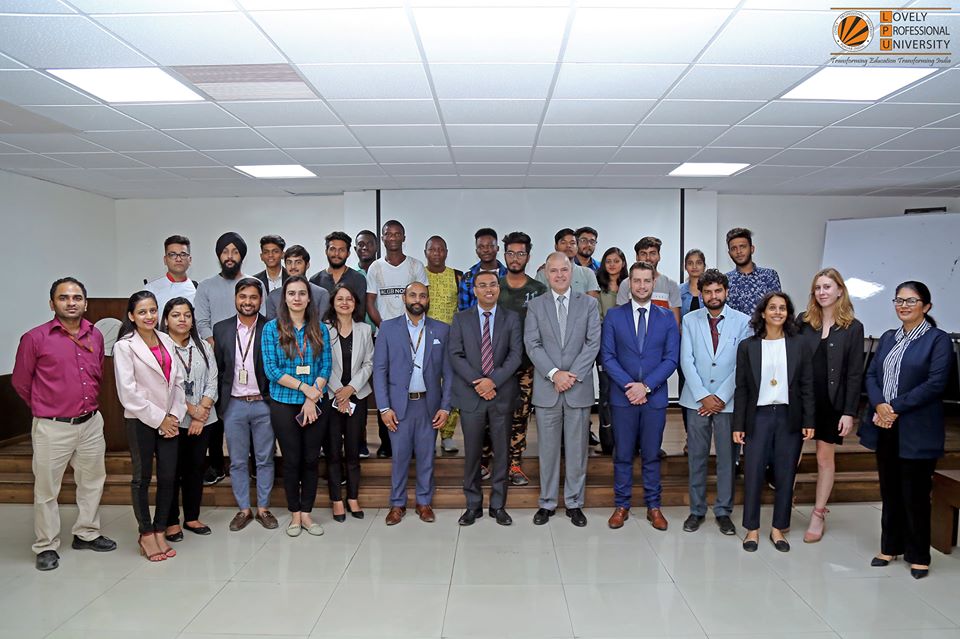 Prior to this, welcoming the French Delegation at the campus, LPU Additional Director at Division of International Affairs, Aman Mittal shared: “This is a milestone day for LPU as India’s first ‘eSpace France Centre’ has been opened at its campus. It is a big achievement for LPU as its relationship with the French government is not very old and it started less than a year back. We have also developed strong cooperation with various French identities in India including Alliance France, Institut Français and N+i. With this, we have also been able to develop a strong relationship with French universities and institutes including IMT Lille, EPF, ISEP, ESIGELEC, University of Nantes and many more.” 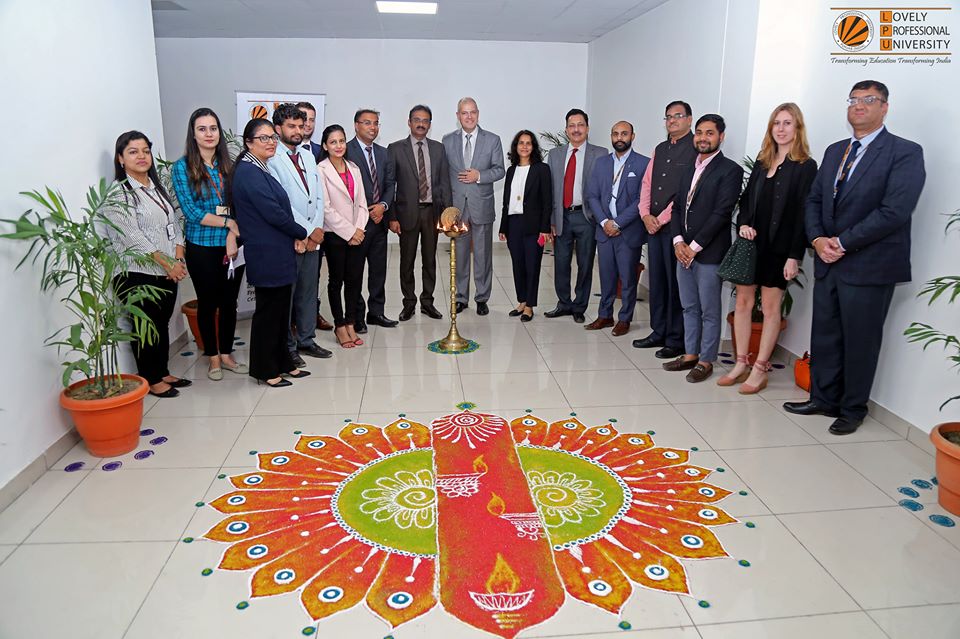 Aman Mittal thanked Dr De Hartingh and his dedicated team for swift development for establishing the centre in a very short time at LPU. He further added: “I am also glad and express my gratitude to the Chancellor who was affirmative to the idea of opening this centre and allowed space in such a strategically located building which is easily accessible not only by our students but outsiders also.” He also sought support and assurance that LPU may be included in all the activities that French team plan for India, as there are a lot of cultural events, troops, exhibition, education promotion fair and more. 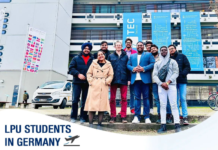 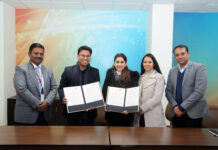 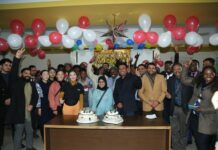