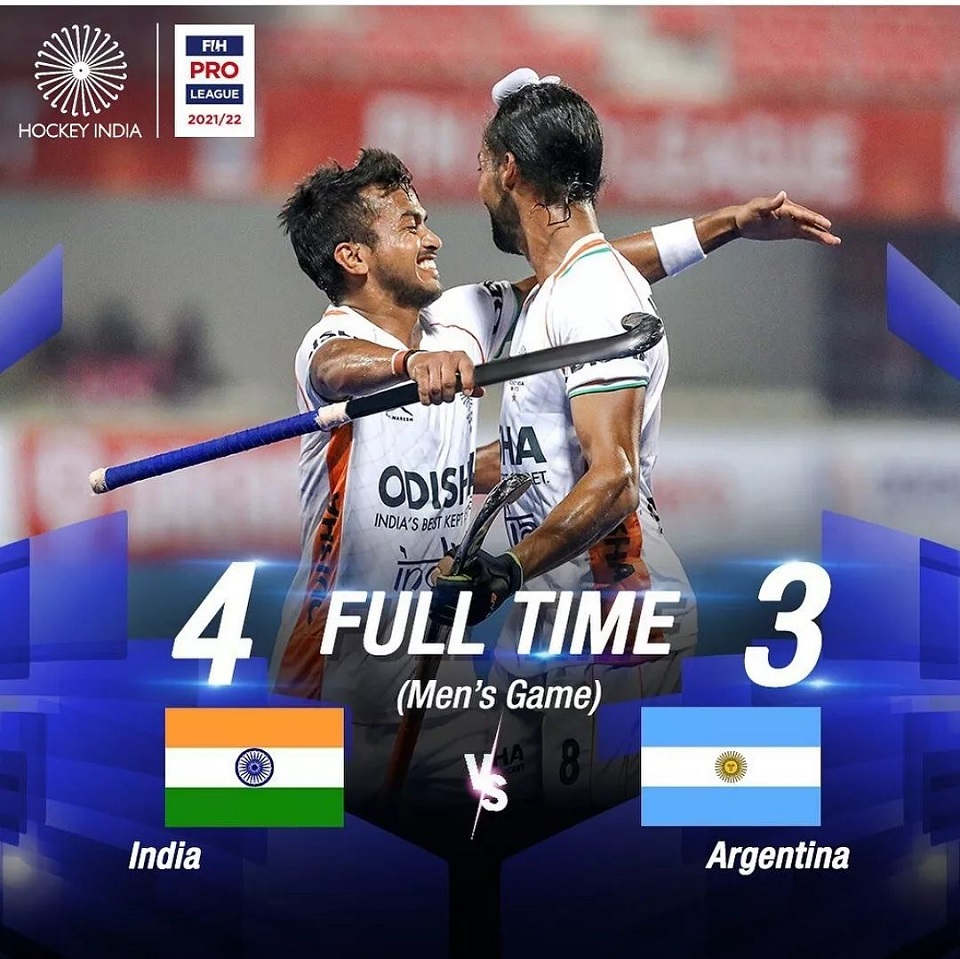 We all are pretty well accustomed to the humongous achievement in the Tokyo Olympics where 9 out of 10 LPU students participating in the tournament won medals for the nation issuing the best performance of India to date in any Olympics ever conducted that included one gold medal in javelin throw by Neeraj Chopra. Along with him, the names of Manpreet Singh (C), Mandeep Singh, Dilpreet Singh, Rupinderpal Singh, Shamsher Singh, Harmanpreet Singh, and Varun Kumar will be remembered till our last breath for bringing the bronze medal home in male hockey after what seemed like a million years!

As we have spoken about this earlier as well that our heroes who brought us glory in the Olympics are now participating in a league called Men’s FIH Pro League organized by the International Hockey Federation (FIH). Teams such as India, Argentina, Belgium, England, the Netherlands, Spain, Germany, France, China, United States, and South Africa are a part of the ongoing league. The league was started back in October 2021 and is expected to go on till June 2022. Due to the withdrawal of countries like Canada, Australia, and New Zealand due to the COVID-19 scare, the idea of making the tournament in a round-robin format took a toll.

India entered the competition on a winning note defeating France by a massive margin in the first and against South Africa in what seemed to be a one-sided encounter. In the latest match of the league, India faced Argentina in a rather tough face-off against whom they had received a defeat in the last encounter. The match was tied on 3-3 with the first three goal-scorers from India being Jugraj twice, and Hardik Singh and for Argentina being Domene Tomas, Della Torre Nicholas, and Ferreiro Martin. India was leading by 2-1 until Tomas scored in a penalty followed by Jugraj before the third goal by him was reversed after a review by the Argentina team. Ferreiro scored the final goal for his team with barely 4 minutes left leveling the scorecard. Out of nowhere, and what seemed like a fairytale finish, Mandeep Singh, an LPU student scored the fourth goal for India at the final minute with merely 26 seconds left for the final whistle and changed the course of the game completely leading India to a dramatic win with the scorecard 4-3 at the last moment.

India not just won the game, but also managed to become the table-toppers with 5 wins in 8 matches and 16 points followed by Netherlands and Germany in the second and third positions respectively.

LPU organizing a joint placement drive for Capgemini on May 17