Armistice Day also known as Remembrance Day is observed every year on 11 November to mark the day in 1918 when the World War One was stopped once and for all. The Allies and Germany signed an armistice in a railway carriage in the Forest of Compiegne in France at 05:00. Six hours later, at 11:00, the conflict ceased.King George V announced that a two-minute silence would be observed in 1919, four days before the first anniversary of Armistice Day. The silence continues to be observed every year on the 11th hour of the 11th day of the 11th month. The Armistice essentially ended four years of fighting in the World War I.

In Britain, it is tradition to pause for a two minute silence at 11 am on November 11 to remember those killed in the two world wars and the British servicemen killed or injured since 1945. The first Armistice Day was held at Buckingham Palace, commencing with King George V hosting a “Banquet in Honor of the President of the French Republic” during the evening hours of 10 November 1919. The first official Armistice Day events were subsequently held in the grounds of Buckingham Palace on the morning of 11 November 1919. This would set the trend for a day of Remembrance for decades to come.

In 1919, South African Sir Percy Fitzpatrick proposed a two-minute silence to Lord Milner. This had been a daily practice in Cape Town from April 1918 onward, since being proposed by Sir Harry Hands, and within weeks it had spread through the British Commonwealth after a Reuters correspondent cabled a description of this daily ritual to London.[3] People observe a one or more commonly a two-minute moment of silence at 11:00 a.m. local time. It is a sign of respect for, in the first minute, the roughly 20 million people who died in the war, and in the second minute dedicated to the living left behind, generally understood to be wives, children and families left behind but deeply affected by the conflict.

The Royal British Legion (RBL) is the main organizer of this event. It is a British charity providing financial, social and emotional support to members and veterans of the British Armed Forces, their families and dependents. The charity distributes their iconic paper poppies to raise vital funds to help the Armed Forces community. Numerous cities across England dedicate a day to distributing poppies and getting the public involved through various activities and recreations, from military bands to NFL cheerleaders as at the end of the First World War, poppies were the first flowers to grow in Northern France and Flanders battlefields. So as a mark of remembrance, the English officials and public prefer the poppy flower. 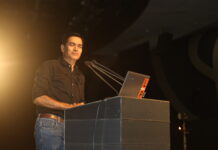 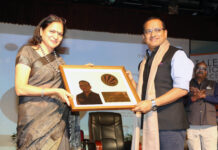 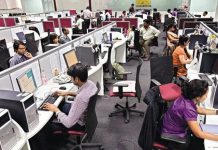