Recall the last seminar you attended to get motivated. Did you get what you desired? An inspiration of doing something huge? Okay, we all know that the motivation we get from these things lasts only for about 15 minutes before it disappears. Then we lay down cool, dipped in the “ordinary” things we were doing previously. Motivation is necessary. Without it, we can’t even wake up early in the morning. We need a big “WHY?” to perform some specific tasks. So, from where to get the right motivation?

Sorry to say, if you rely on Instagram feed (where you follow your favorite celebs) for motivation, you’re just wasting your time. The action heroes in movies and the motivational speakers on YouTube do these things just for money. And money can’t inspire you, after all. Now you know the reason why it lasts only for 15 minutes. To get the most out of the ocean of inspiration, you need to learn about the people who did something ground-breaking in real. Read about them one-by-one. At least once a week, and thank me later.

Let’s get started today. I know a personality who did something miraculous. It was a humongous work of which nobody could even think. Why not learn something from him? Tighten your seatbelts as we’re ready to go!

It all started on September 1, 1896, in Kolkata (West Bengal), when a cute child took birth. He was named Abhay Charan by his parents. After completing his education from the Scottish Church College, he got married in 1950 and managed a small pharma business. But his meeting with Srila Bhaktisiddhanta Saraswati, a prominent spiritual leader, changed his life. He accepted him as his spiritual master and received a command to take the Vedic philosophies to the West. Regarded later as A.C. Bhaktivedanta Swami Prabhupada, he prepared for 32 years before setting off.

It was 1965. Boarding a cargo ship was never easy, but where there is a will, there is a way. However, it proved to be an unharmonious journey for the 69-year-old man as he survived two heart attacks on board. He had just 40 Indian Rupees, a typewriter, and a bunch of sacred texts with him. With a vast mindset, he finally arrived in the United States of America.

The US had survived the World Wars but couldn’t stop a part of youth from turning towards the streets. These people did lay naked on the streets of New York and performed every prohibited activity. People referred to them as “Hippies.” Prabhupada faced the real hardship there, but giving up was not in his spirit. He decided to give the youth what it wanted – the real happiness and joy. He stayed with them, cooked for them, and preached them the Vedic philosophies. Withstanding them was not easy, but Prabhupada had to complete the desire of his spiritual master.

Soon his deeds began to borne sweet fruits. He selected 12 people who set out on the streets of New York. This time, they were chanting the holy names of God. The great United States was left amazed. Anyone could feel the difference there. In no time, the movement took over the whole country. Nearly every newspaper published a column on the “Hare Krishna Movement” on the first page. But it just marked the beginning. The dream was taking the shape of reality.

In July 1966, he brought Vedic India to the western world by founding ISKCON (or International Society for Krishna Consciousness). It proved to be one of the fastest-growing organizations in the world. It all happened due to the leadership and management capabilities of its founder-acharya. The moment came when the first Hindu temple got established in New York by ISKCON. After taking over the US, Prabhupada sent some of his disciples to London. The Beatles was a great music band of its times. George Harrison got inspired and launched a music record, which was a big hit across the globe.

In the following 11 years, Prabhupada traveled around the Earth 14 times, spreading the Vedic teachings. Everyone from all walks of life cheered him and came forward. Under his guidance, ISKCON established 108+ temples, farm communities, and educational institutes in different countries. He also launched the “Hare Krishna Food for Life,” which is the world’s mightiest vegetarian food relief program. It provides food to millions of people daily without taking a penny for it.

Although it all began in the US, Prabhupada wanted to make India the center of the movement. Along with many temples across the country, he set up the headquarters of ISKCON in Mayapur, West Bengal. The dream of “Temple Of Vedic Planetarium” is coming into existence in Mayapur, which was primarily funded by Alfred Ford (remember the Ford Motors). Apart from it, Prabhupada translated many books from the Sanskrit language. Now his books are available in nearly 80 languages across the globe. Many great scholars and philosophers have appreciated his writings.

A.C. Bhaktivedanta Swami Prabhupada left his material body on November 14, 1977, in the holy town of Vrindavan, Uttar Pradesh. His high thinking and simple living brought respect from everyone including, PM Atal Bihari Vajpayee in 1998. Due to his divine deeds, he is still present in memories among his millions of disciples who work day and night to achieve the mission. 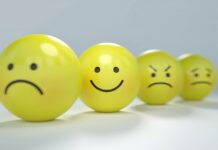 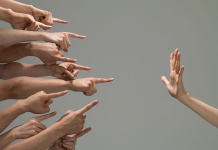 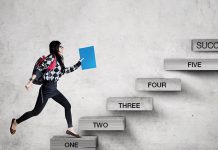 Is there any shortcut to success?