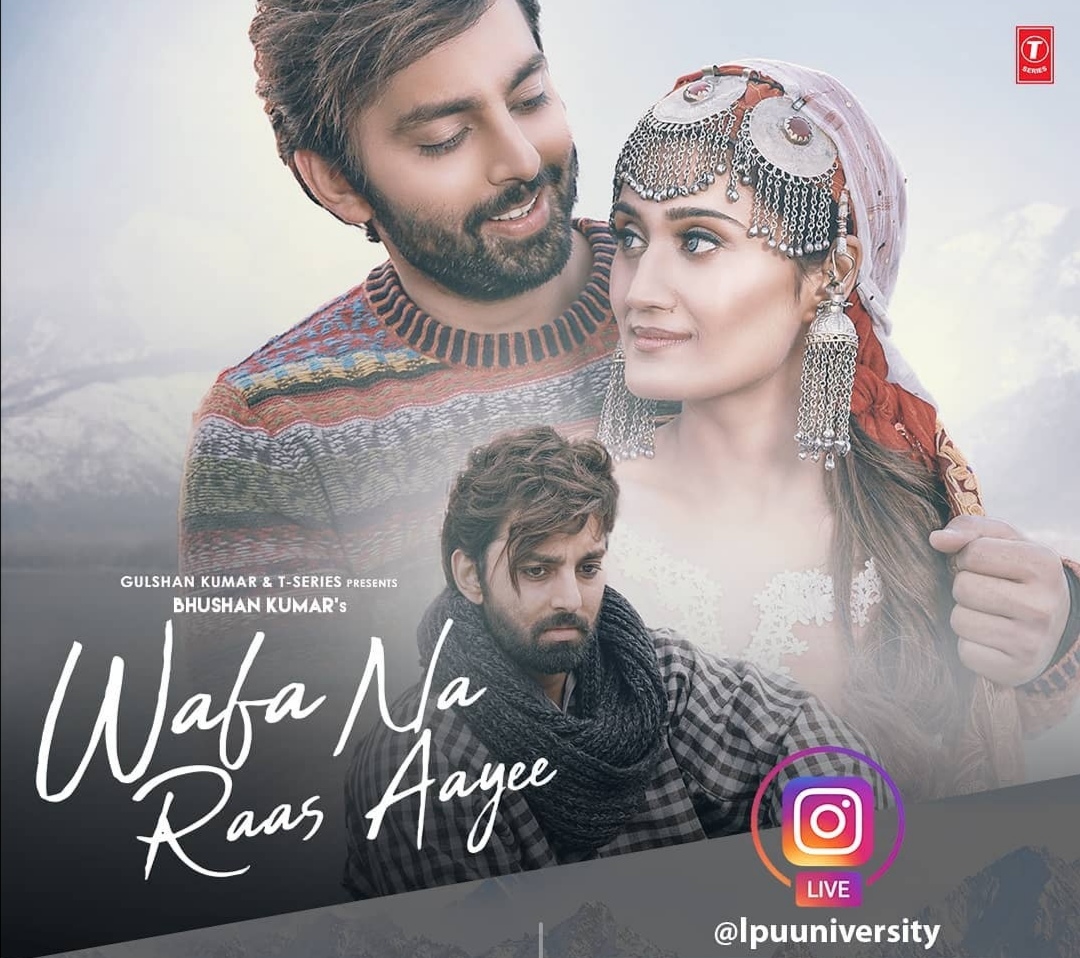 Internationally acclaimed Indian Classical Kathak Exponent Mrs. Arushi Nishank graced Vertos at Lovely Professional University with her mystical essence on the 28th of April, 2021, through a live interaction session organized by LPU managed by Roaring Bullet Entertainment in association with Pulse Innovations. She is a disciple of Padam Vibhushan Pt. Birju Maharaj; composer & choreographer of many compositions like “Ganga Avataran,” a story of goddess Ganga coming to Earth; prodigious Kathak dancer of global repute who has given many international performances in London, Austria, Germany, and Canada.

Arushi is the Co-founder and Chairperson of “Sparsh Ganga Campaign,” which started in 2008 to foster cognizance among folks to rescue and the clean river Ganga, endorsed in 5 countries. Sparsh Ganga campaign aims at making the perennial river, considered as the cradle to civilizations, pollution-free and pure.

She narrated about her exquisite voyage that began when Mr. Bhushan Kumar (Managing Director of T-Series) and she were considering how she could take a leap upwards, confront the camera as this will be like a cherry on top of flair for any artist. She has consistently been pretty assertive in her mind that she shall be doing whatever she wants to do and what represents her as an artist, rather than blindly doing everything and anything that comes in her way.

Coming from a long-established classical setting, hearing this reprised edition of the 90s chartbuster ‘Wafa Na Ras Aayi’ in Jubin’s accent, with Himansh Kohli and Rohit Suchanti as co-stars, there was no way she could deny. She shared her version of the story, “As we have been in situations when our sentiments are misapprehended. We’re trying to cede a message, but it’s received differently. So, in the clip, a bohemian city girl visited Kashmir and chartered a chaperon who misinterprets her casual closeness as affection; she believes the same thing happens with her story.”

Arushi has always been engaged in drives earmarked at social reforms and propaganda designed to enlighten and empower women worldwide. She chaired the IWEP (International Women Empowerment Programme) in Dubai, comprising influential women from more than nine countries. She’s also endorsing a government of India campaign, “Beti Bachao Beti Padhao,” to salvage female children on a global scale. She also chaired the IWES (International Women Empowerment Summit and Awards 2019), held in New Delhi in tandem with the Ministry of Women & Child Development and the Ministry of Sanitation, as well as the United Nations. The United Nations admired her contributions and vowed to collaborate further in future endeavors. In those kind deeds, the wonder woman signed off!

‘REGINA – A Tribute to Womanhood’ Held at LPU

Successful Women Entrepreneurs Convene at LPU for “The Enterprising SHE”